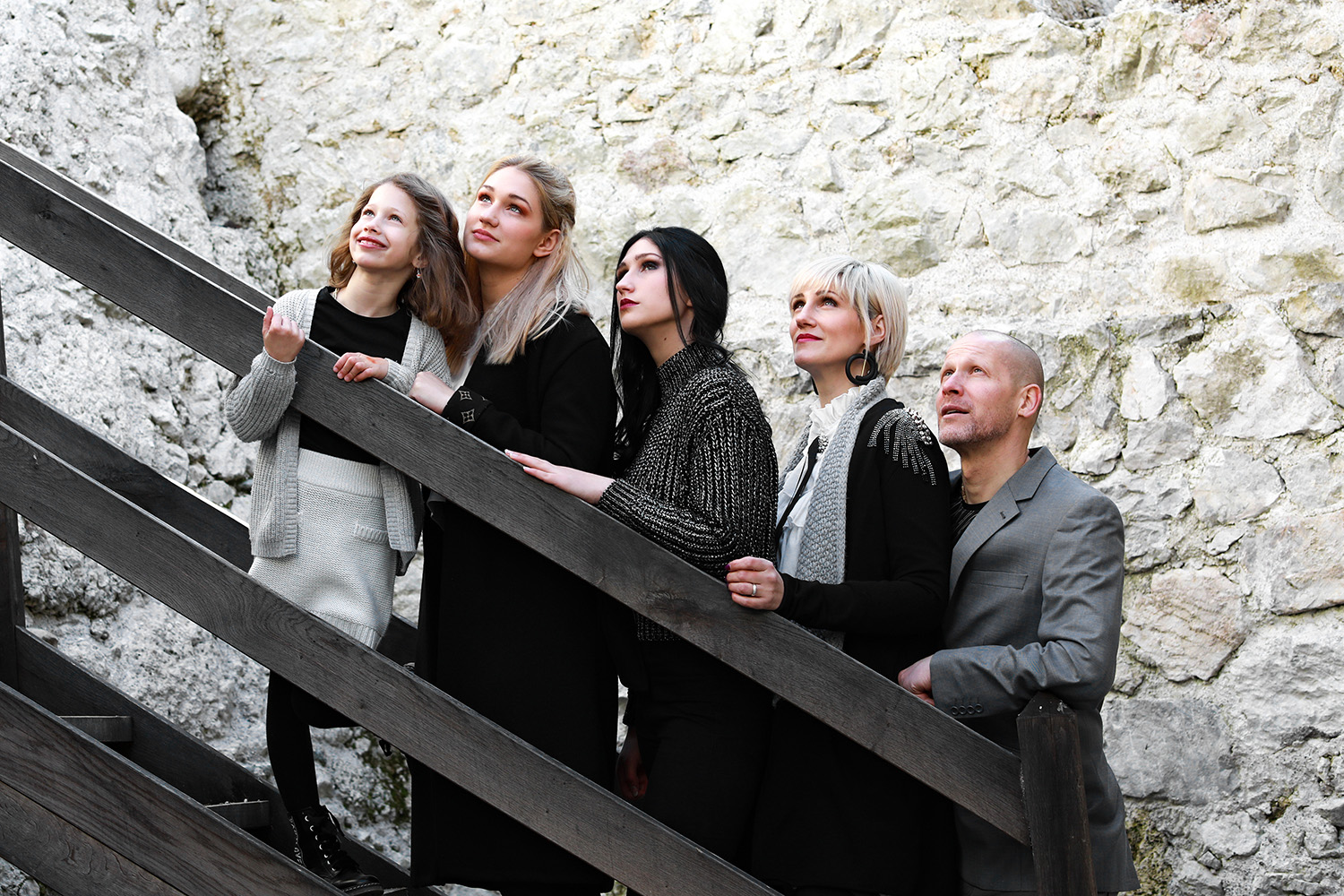 AN INTERESTING FAMILY AND A CASTLE STORY

I am a photo story writer. I am even more attracted to those which have content. Be it an interesting family that has a new family member, a couple celebrating an anniversary or a large family who wants a good photo to remember.

The heroic knight Janez and his girls

With one such family, we went to the stone castle near Begunje on a rather warm Saturday morning. So we got into a real story from the past. The ruins of the castle and the mystical atmosphere, in an instant, evoked adventure stories with knights and princesses. And one such heroic knight is also Janez, the “head” of this family, which is made up of women otherwise – three daughters and a mother. And he brought all the girls to the shoot. It is also interesting that even the hamster that the youngest member recently wanted is female.
The eldest daughter was just celebrating her coming of age at the time, the middle one is fourteen years old and the youngest is seven years old.

As they left themselves to the professional hands of the make-up artist a little earlier, they got out of the car with their make-up on. Their hairstyles were arranged by their mother Klavdija, who has a salon, named Myth, in Kranj and is a real master with scissors.
It seemed to me that everything was perfect. The location, the portrait subjects, the clothes they bought just for the occasion … And of course the good mood and that spark of anticipation they brought with them.
The girls posed like real professionals. No wonder, since Mom was this serious model in her early years. The youngest, taking after her father Janez (who is a Pilates trainer), is flexible like an elastic band. She made the split, which she was happy to show off, look simple as pie.

I always bring some props, such as a chair, a mirror, some clothes, … to the photo shoots, to make everything even more varied and diverse. Especially if there is a big family standing in front of the lens. This time, for example, a chair was very welcome. So that one is below and the others are above. If you connect their heads with a line, a triangle is created. As in the oil masterpieces of famous painters, which attracts the eye of the observer with its invisible tension. This game of up, down, bigger, smaller, close, far, is like a spice that adds a dot to the i on the dishes. In the photo it evokes a variety of emotions in the viewer.
According to the members of this family from Gorenjska, two hours of photography passed in the blink of an eye. The girls, were already checking what we had created during the photo shoot, on the camera screen. And were then eagerly awaiting the selected and processed photos. 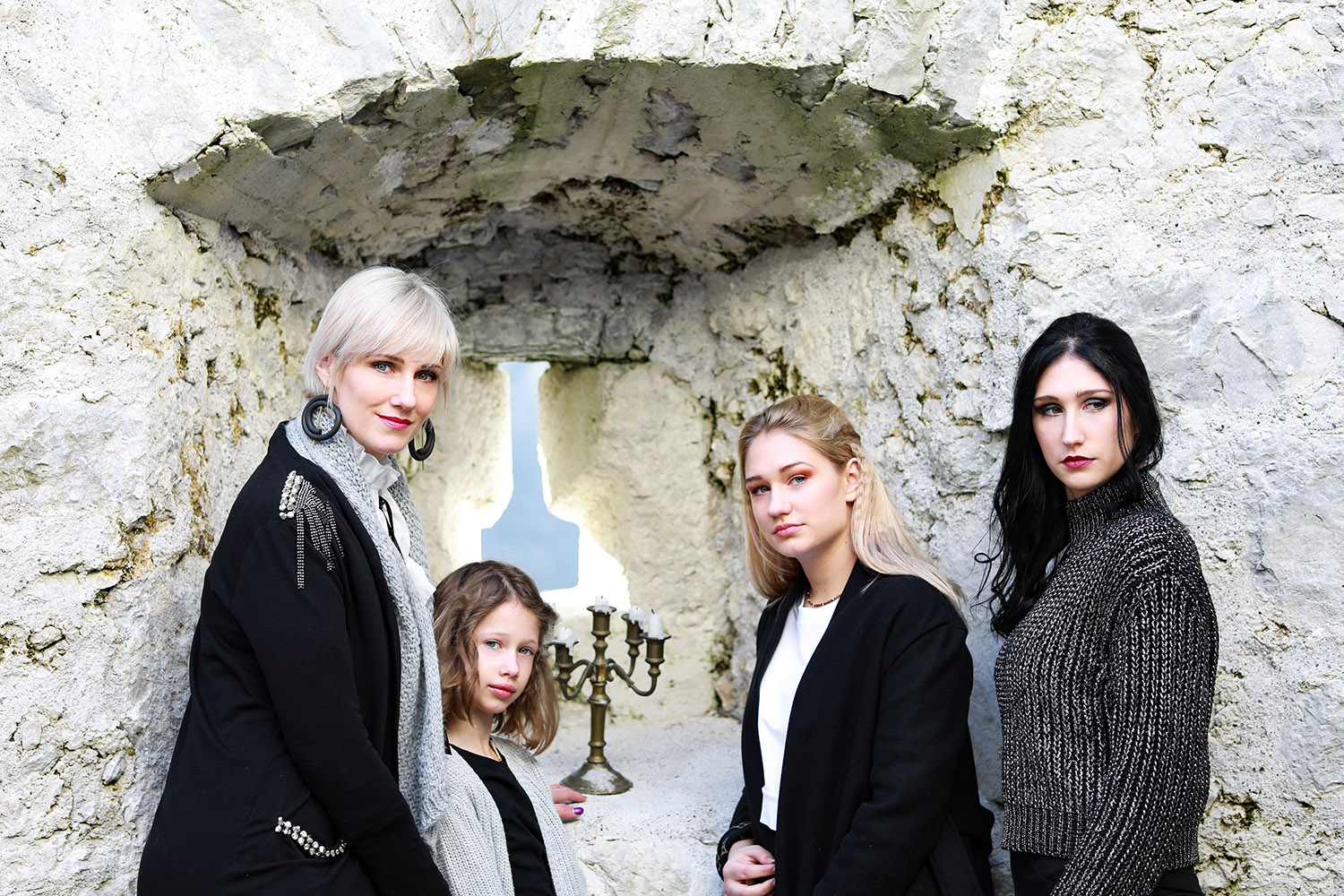 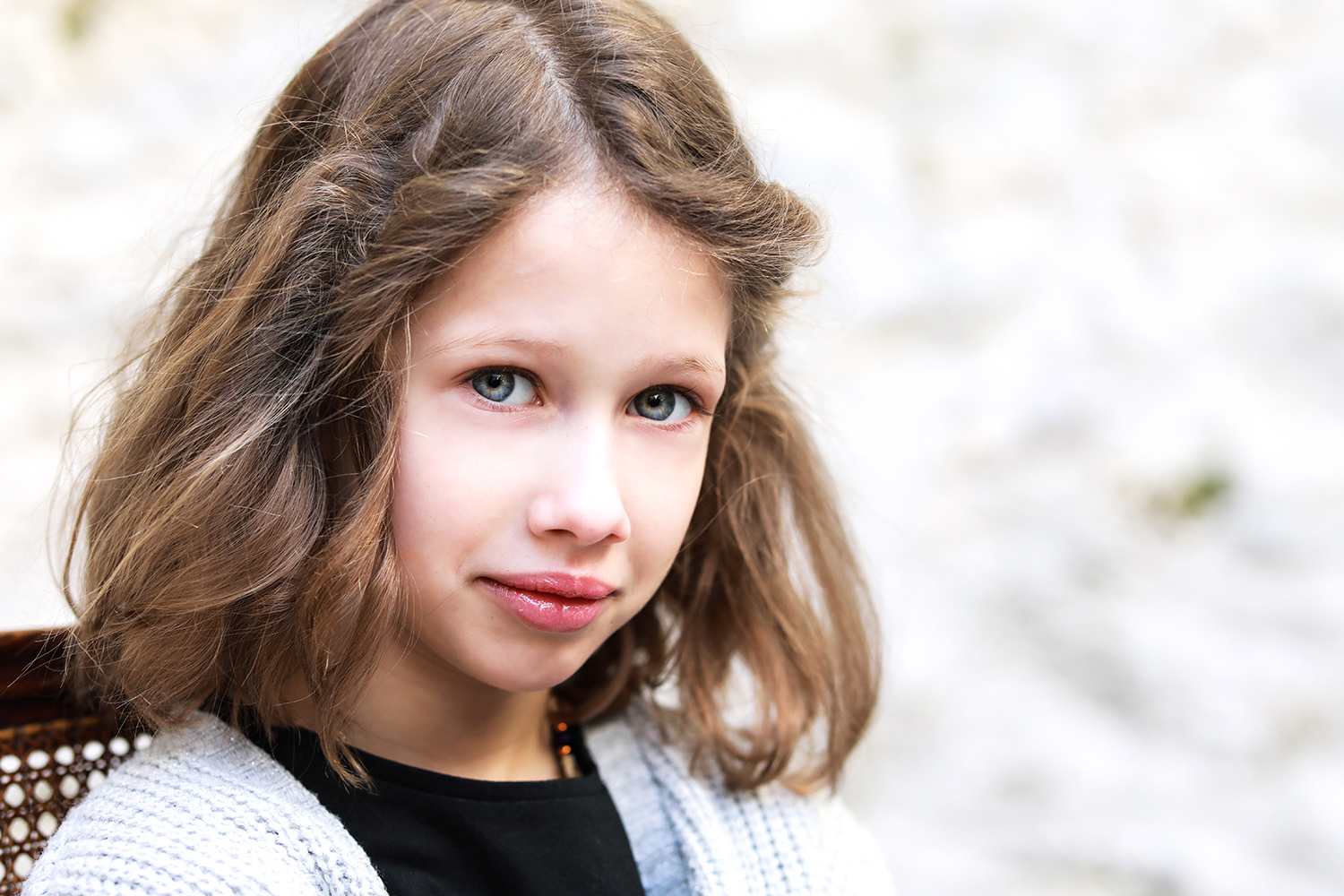 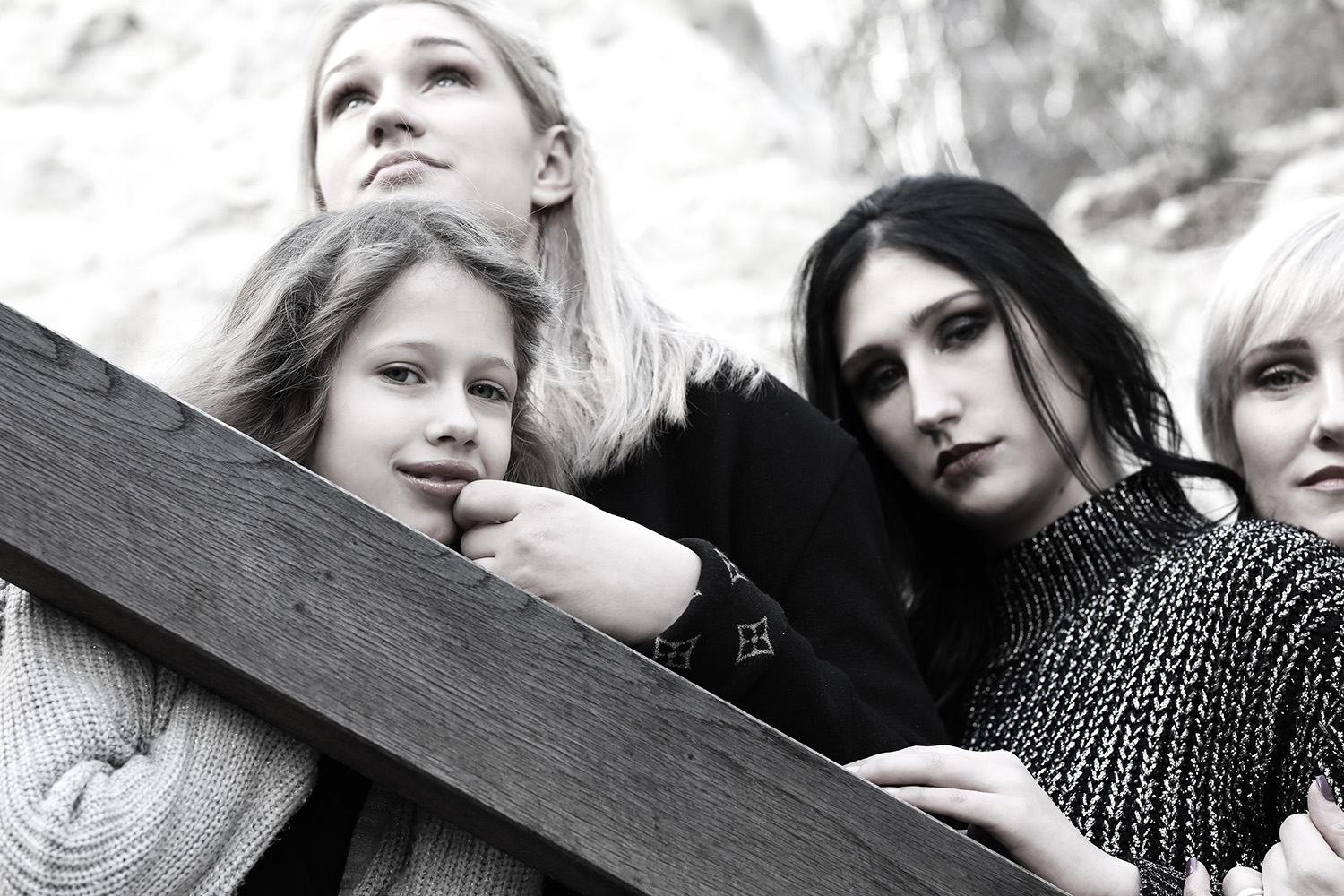 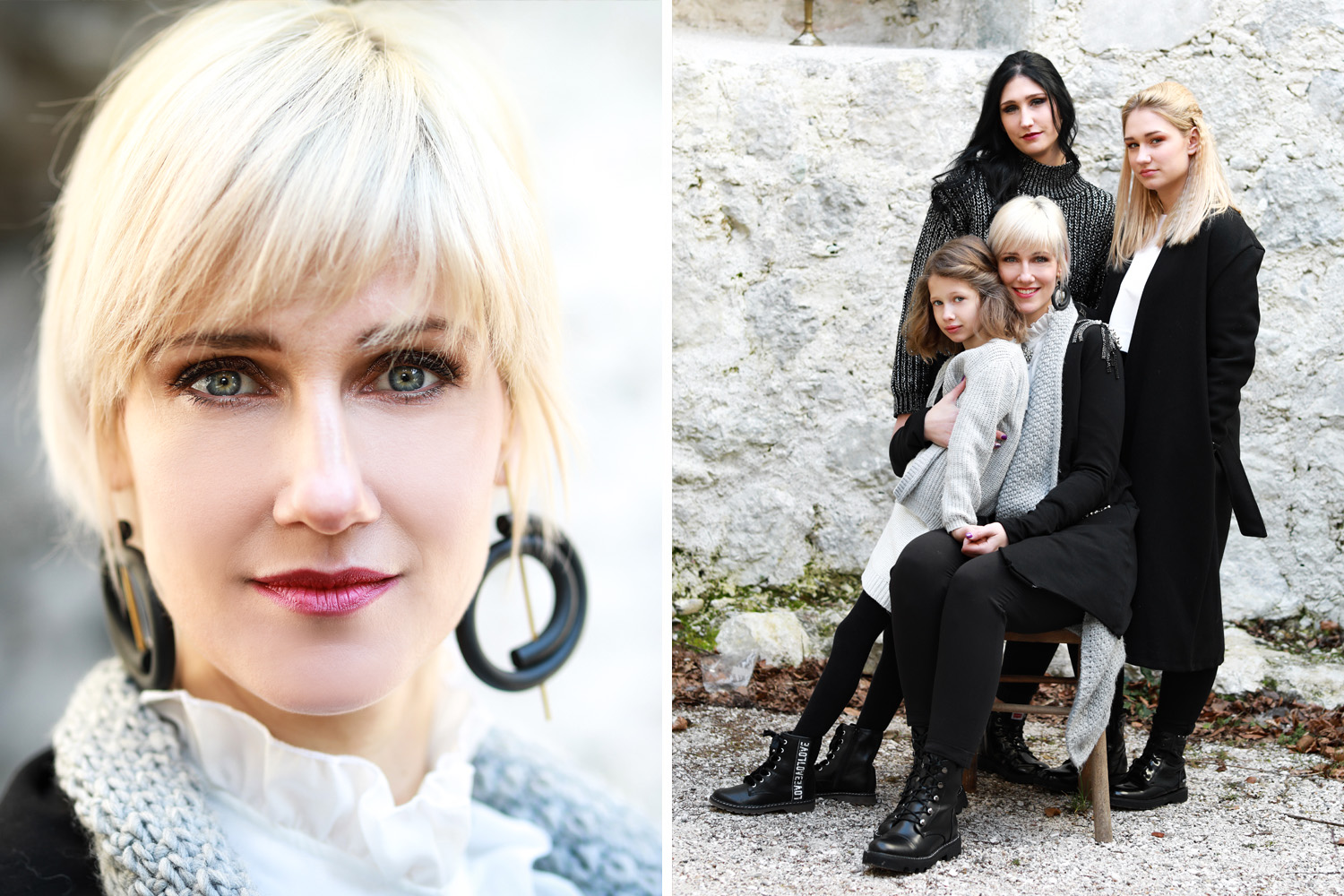 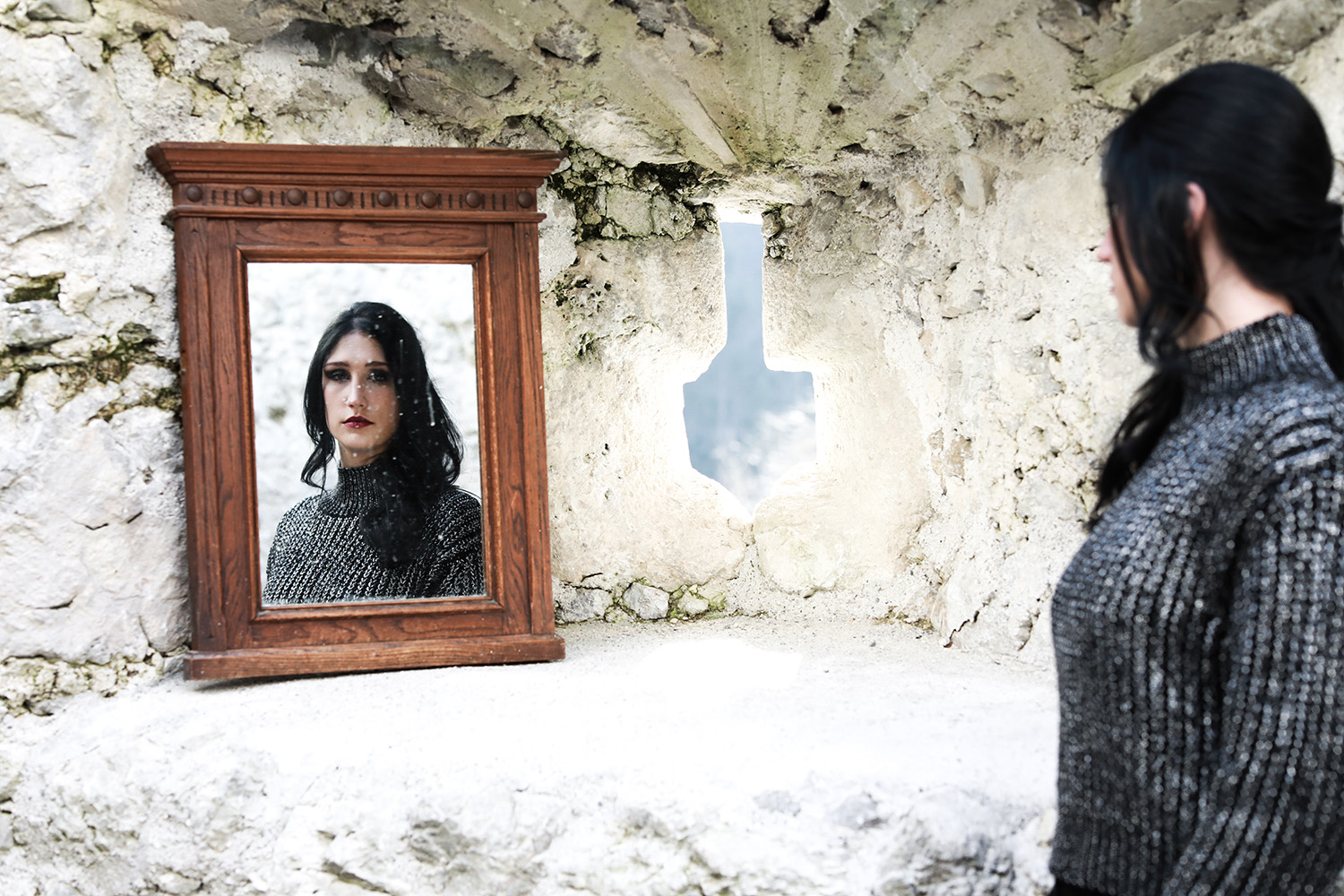 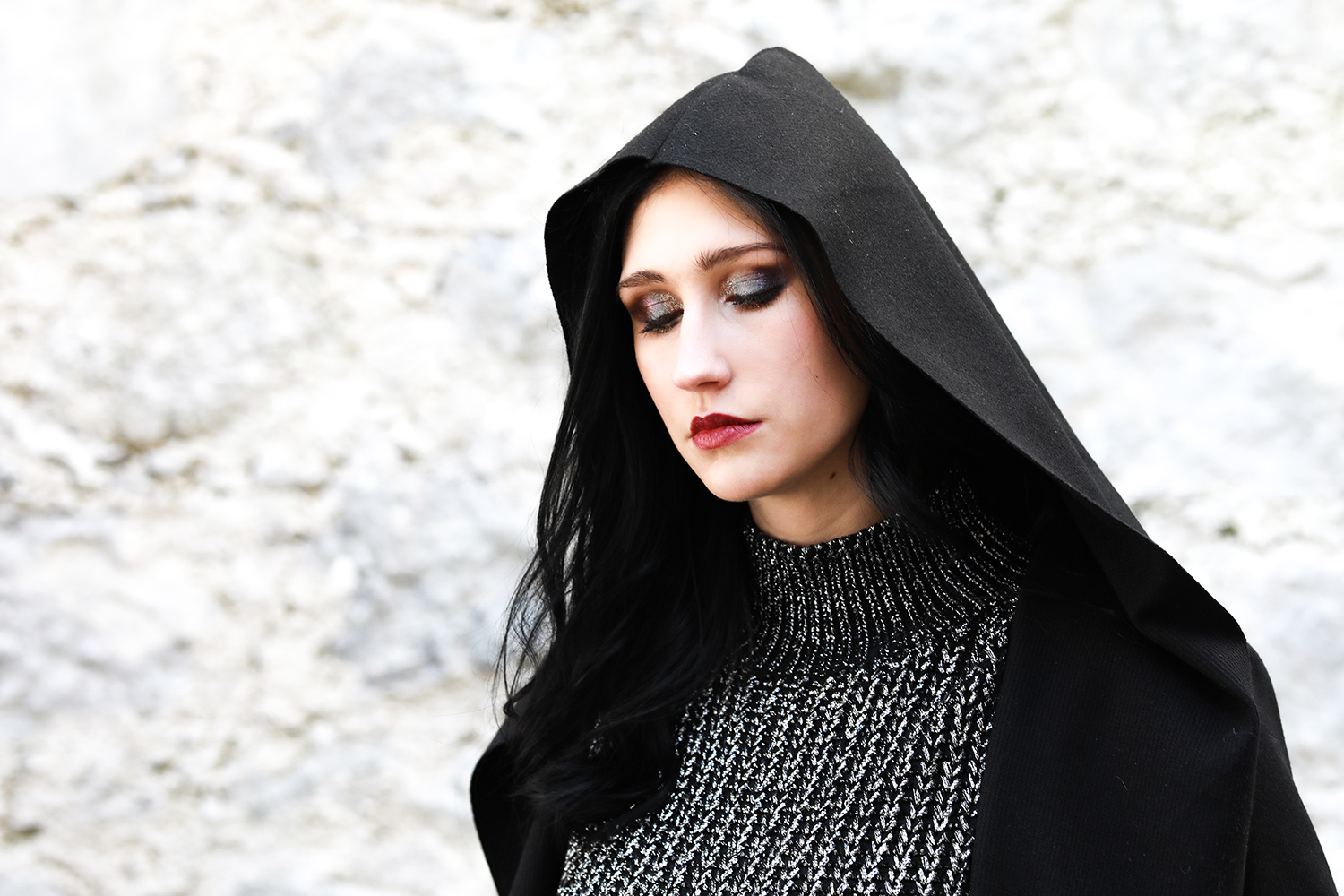 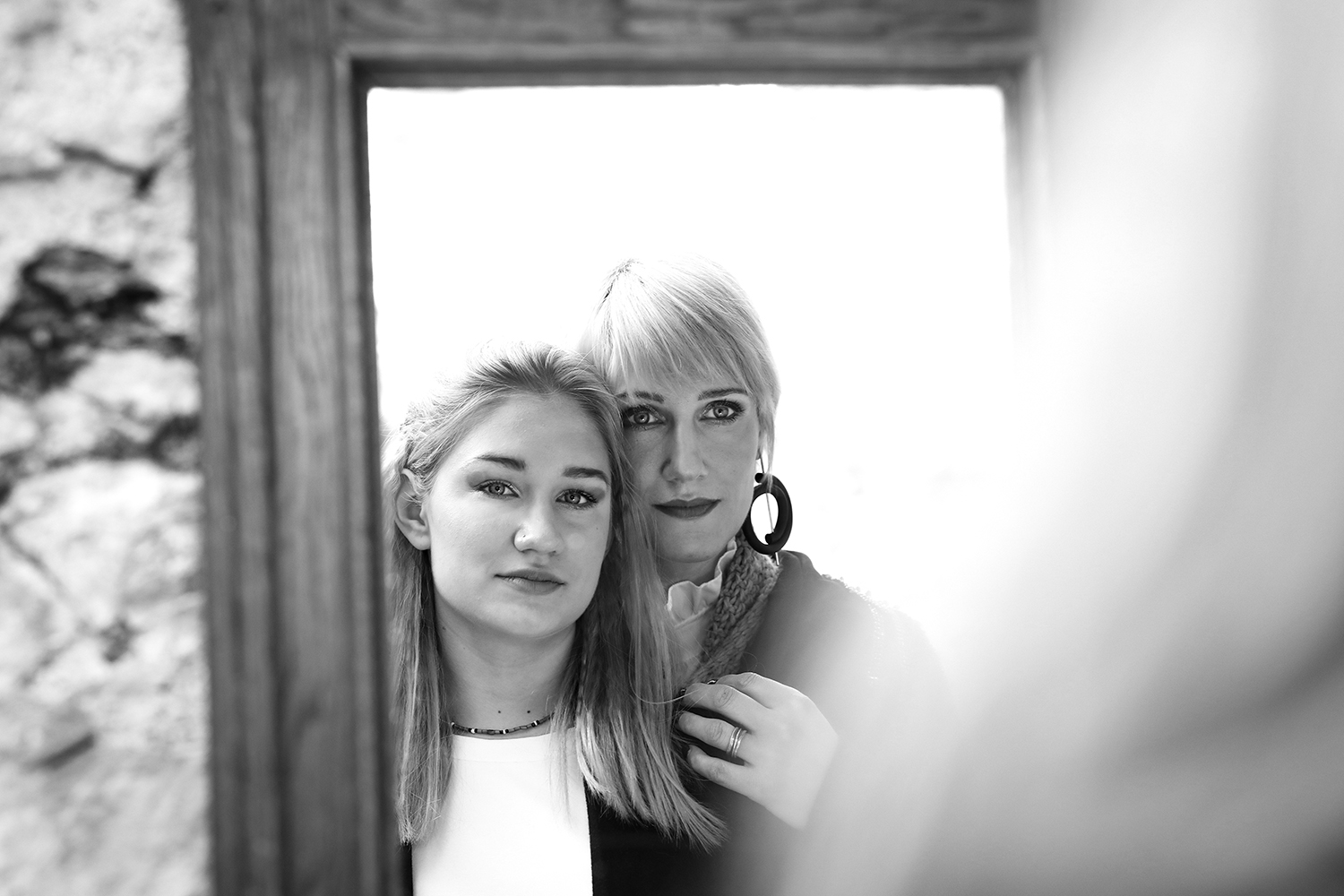 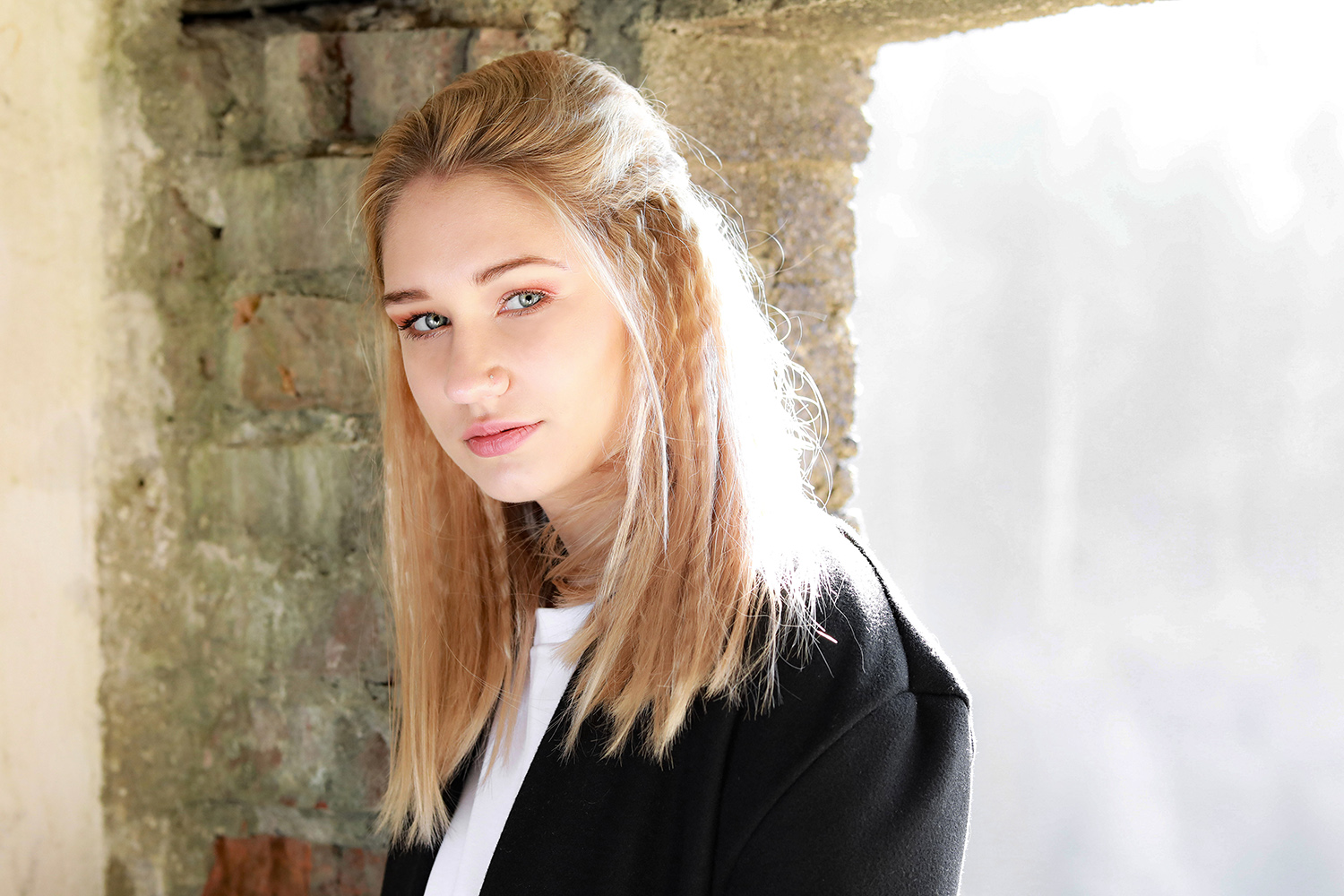 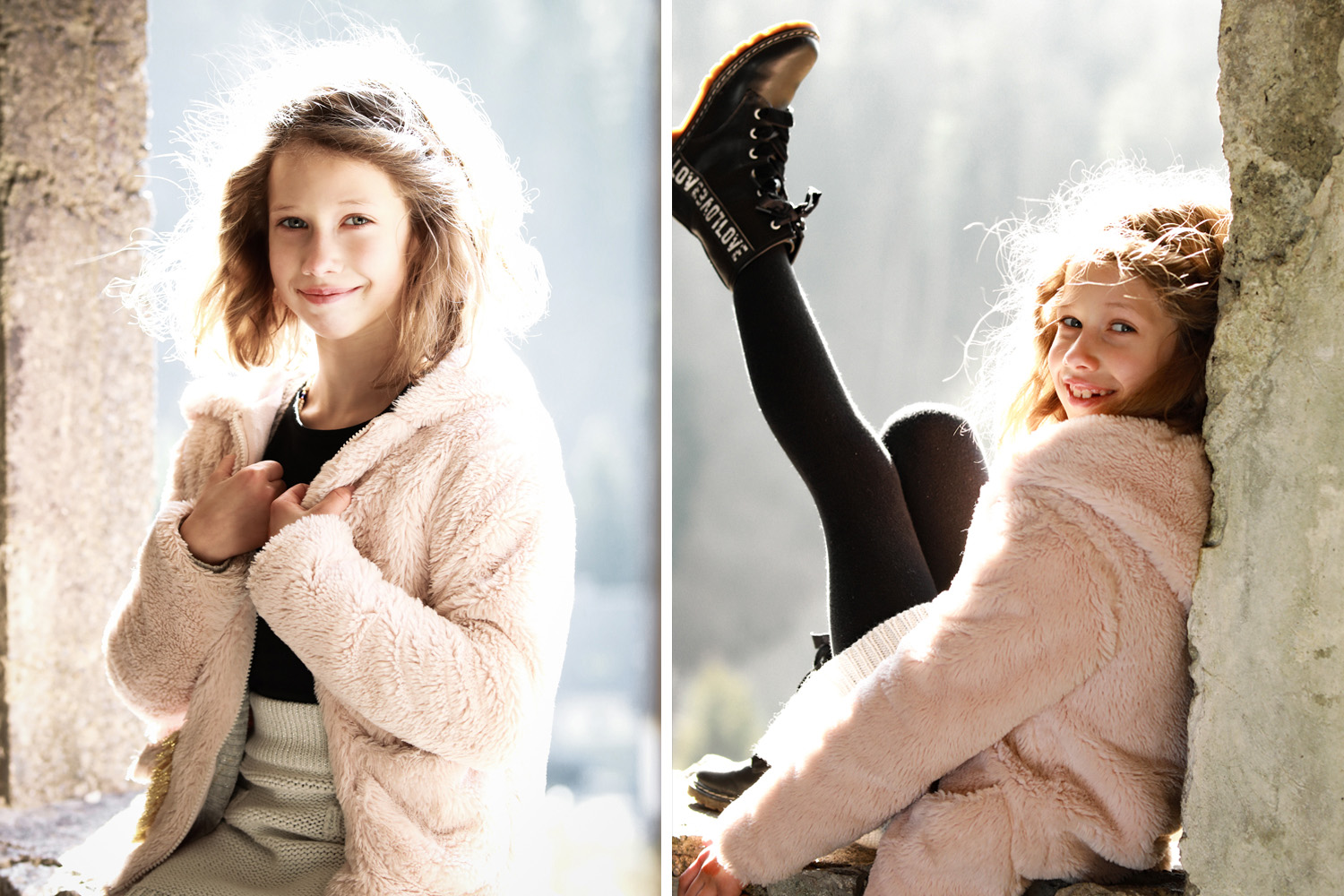 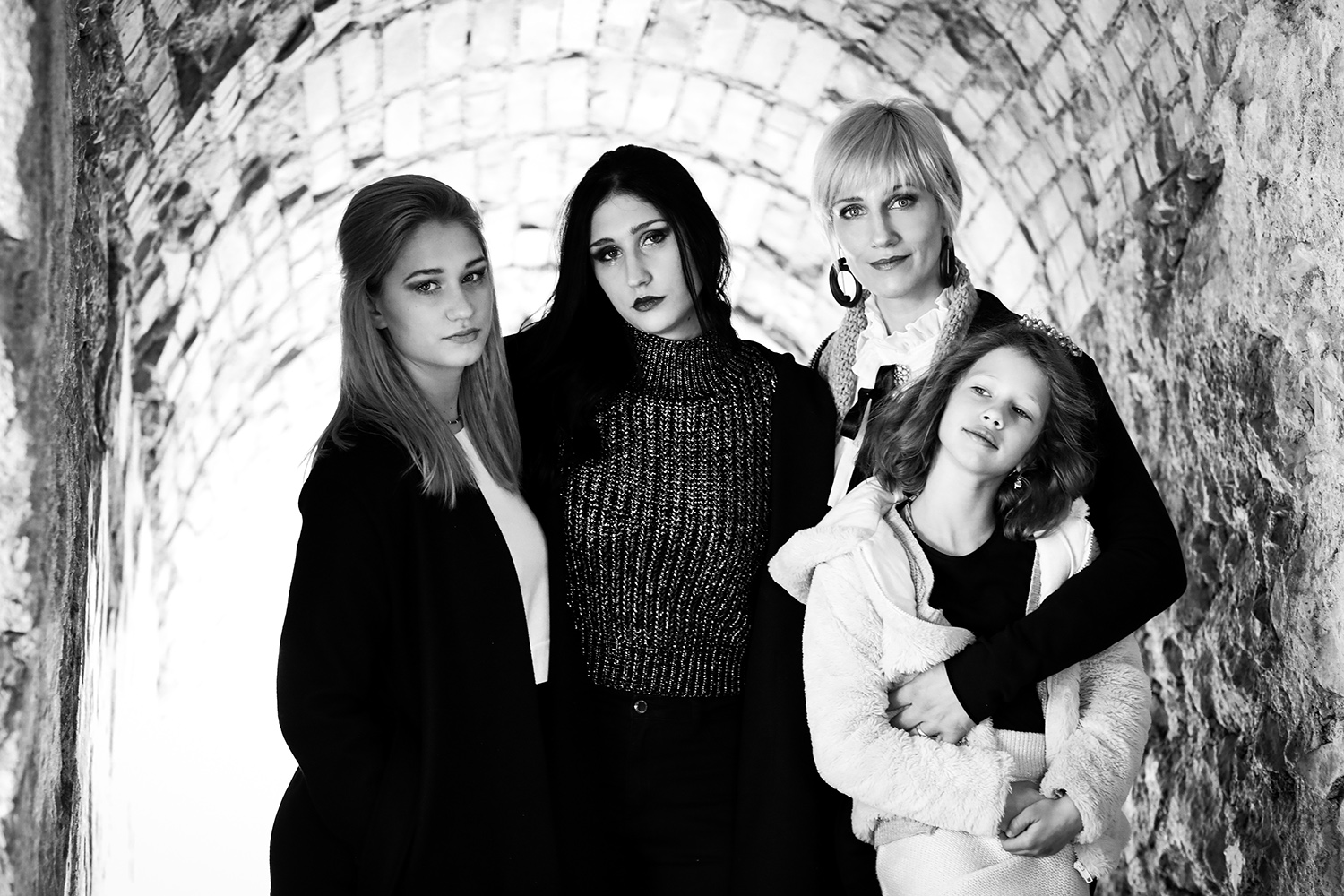 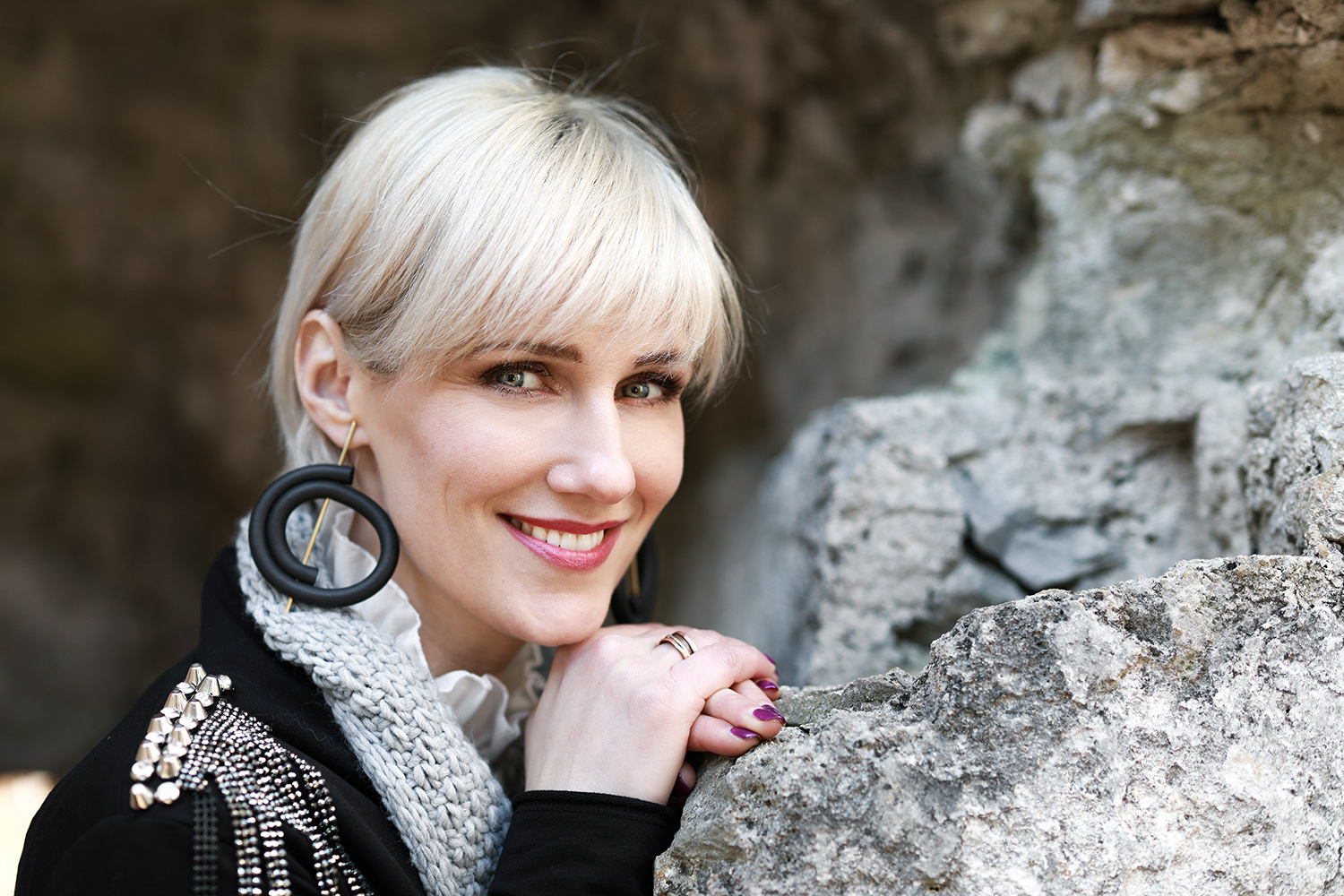 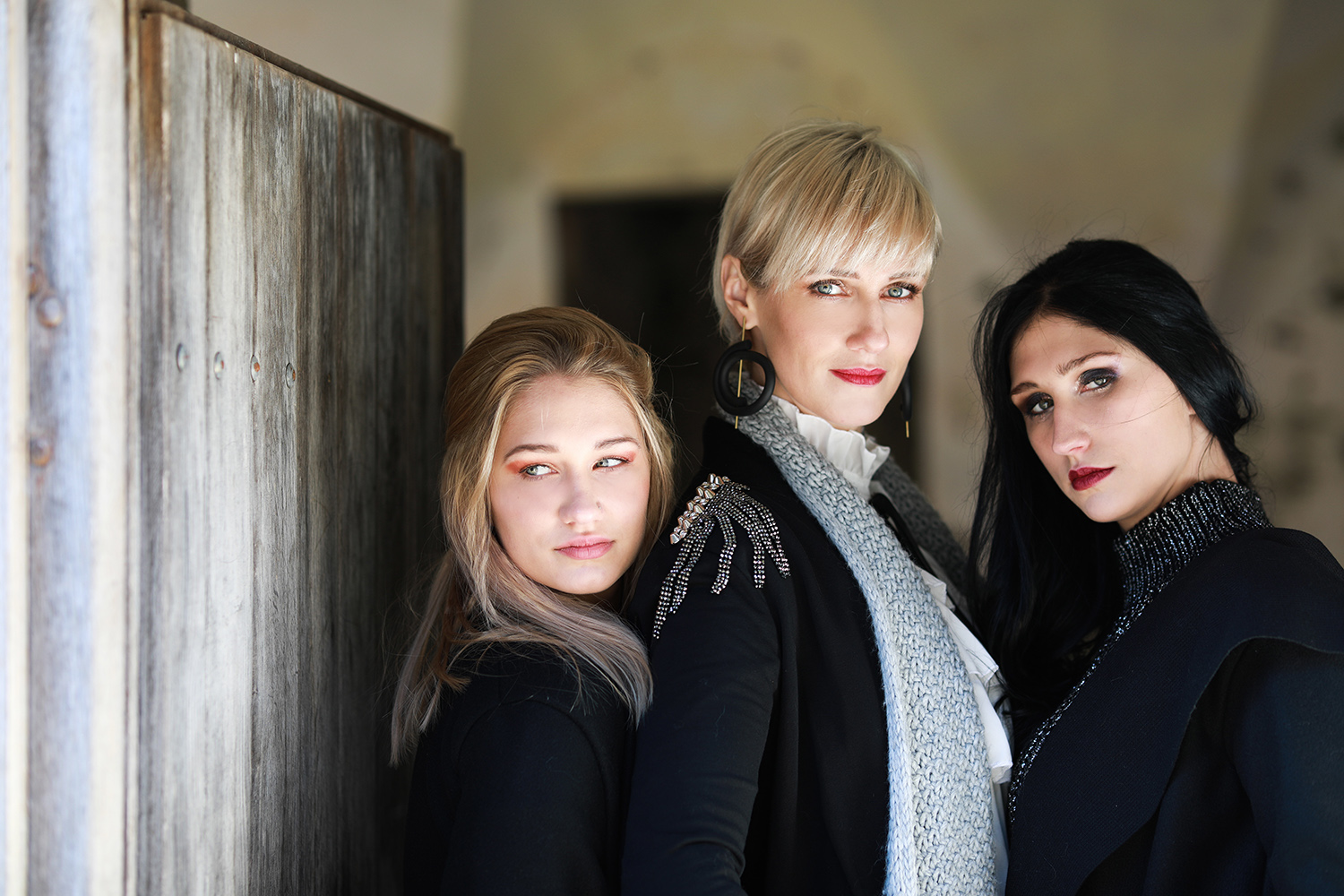 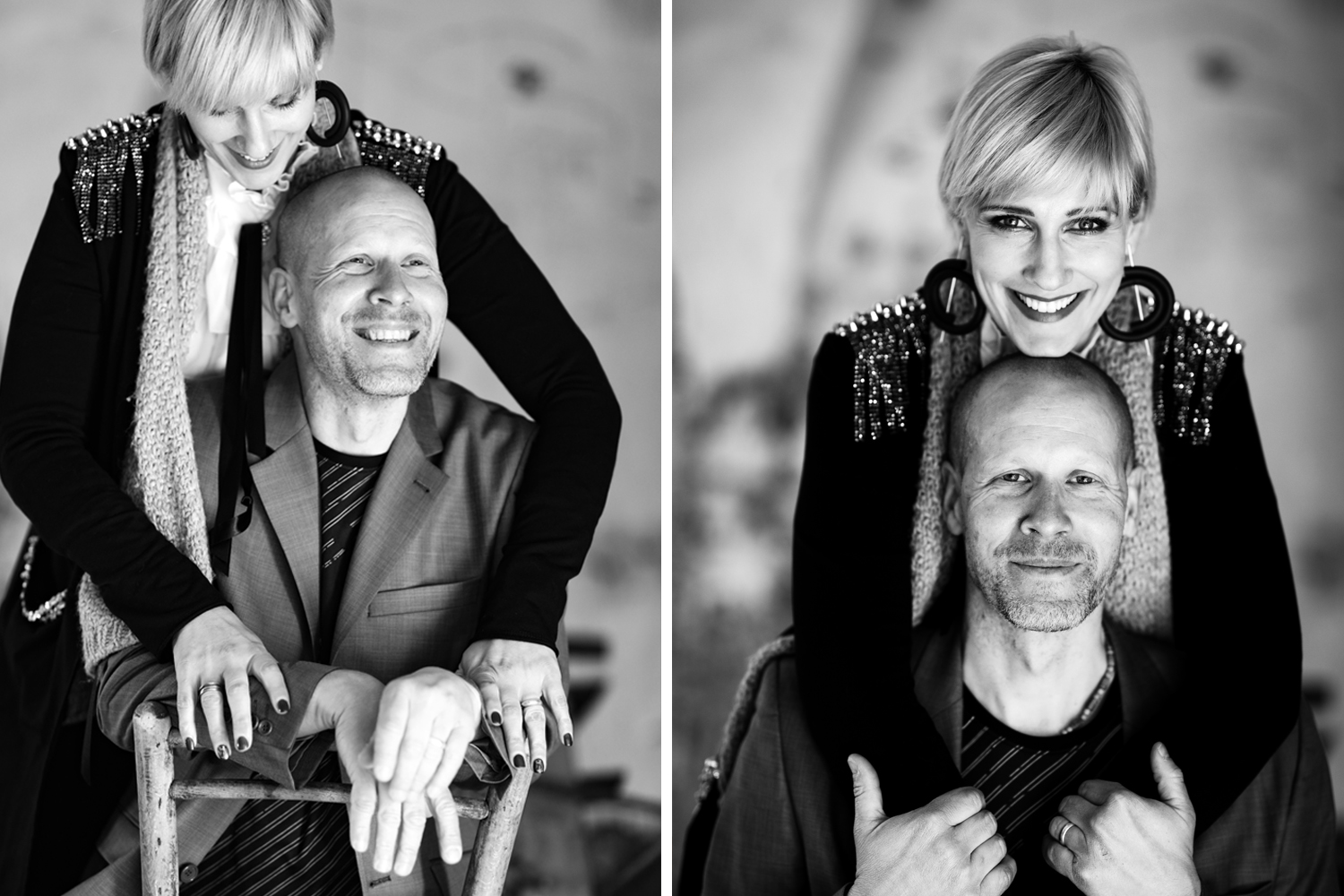 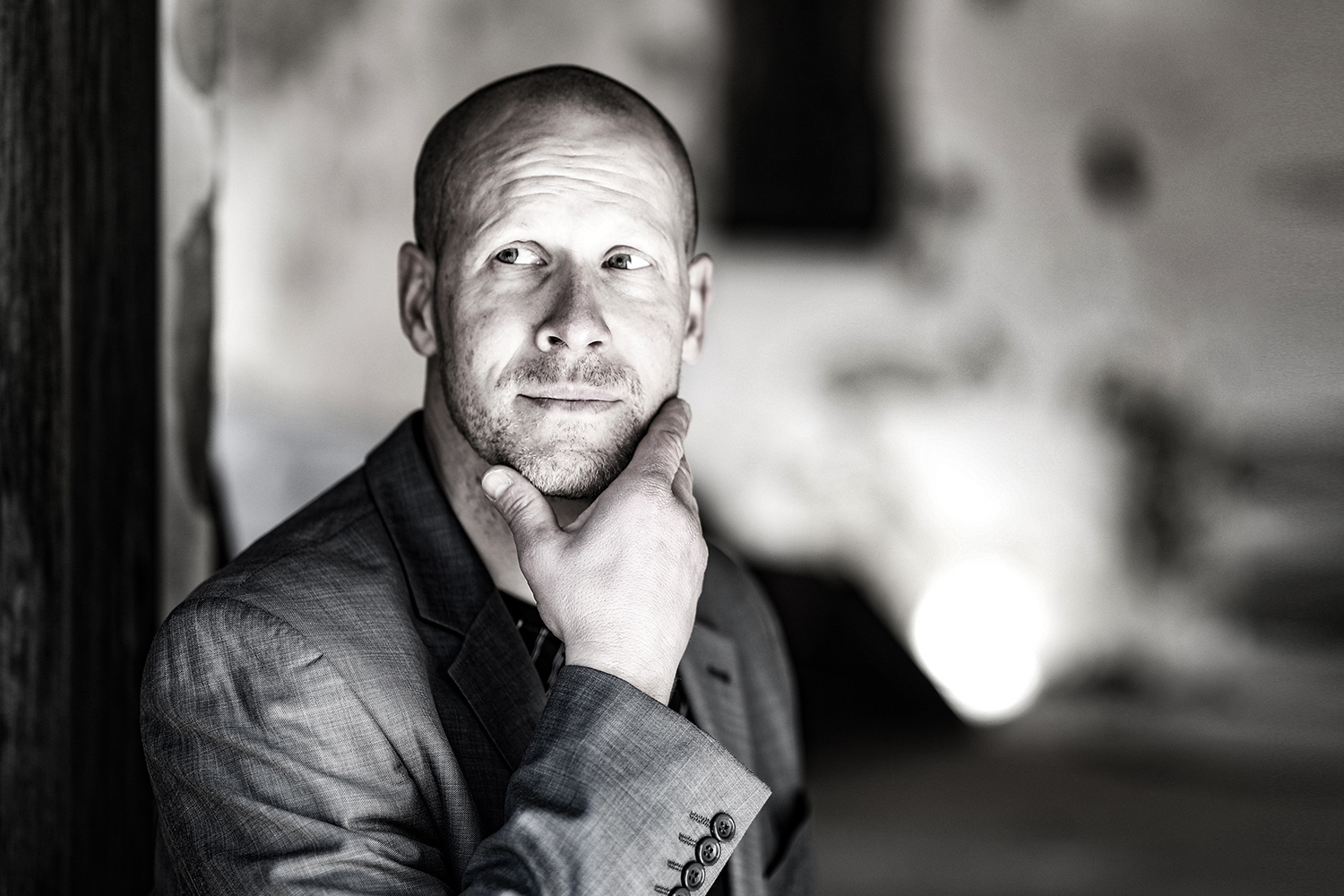 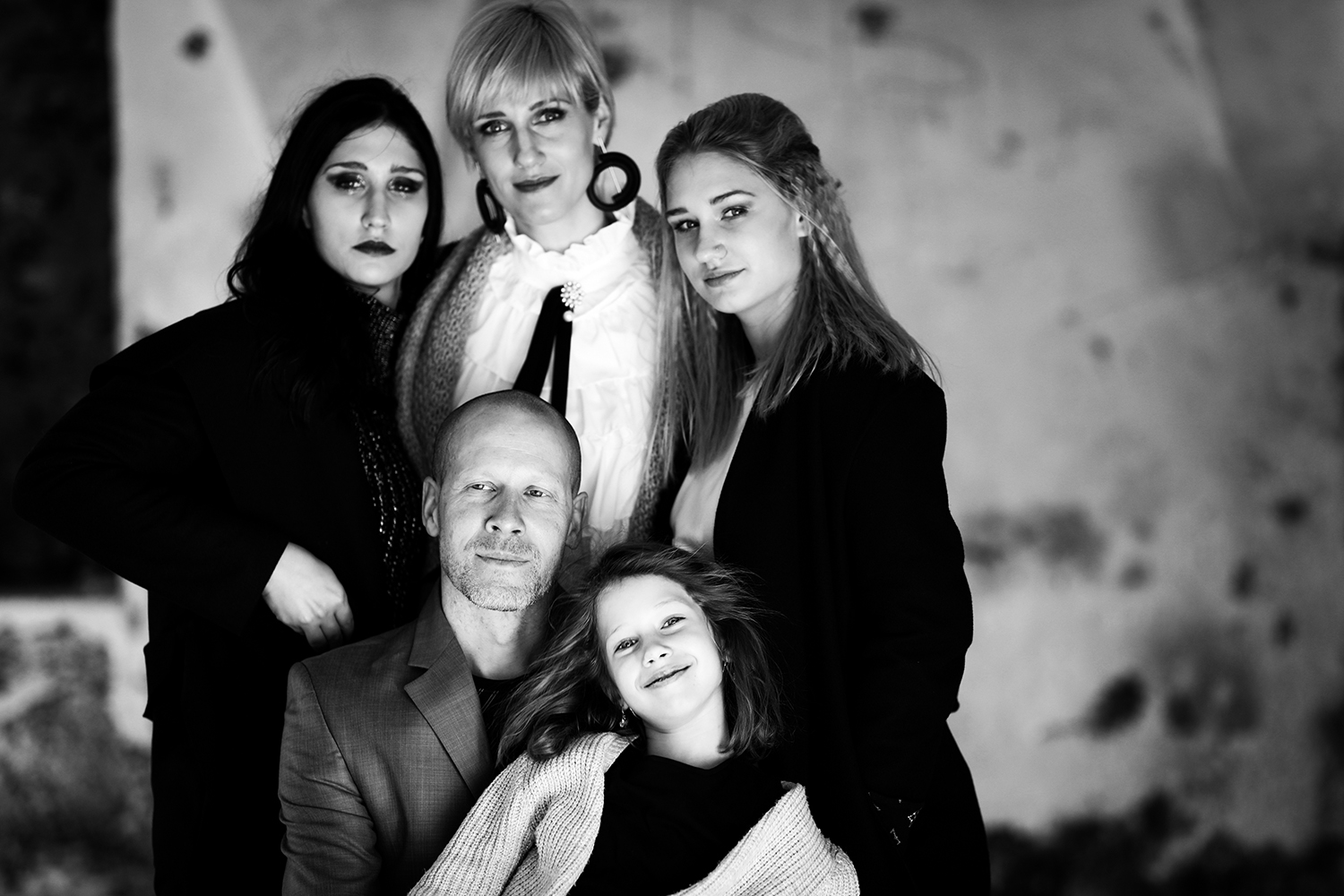 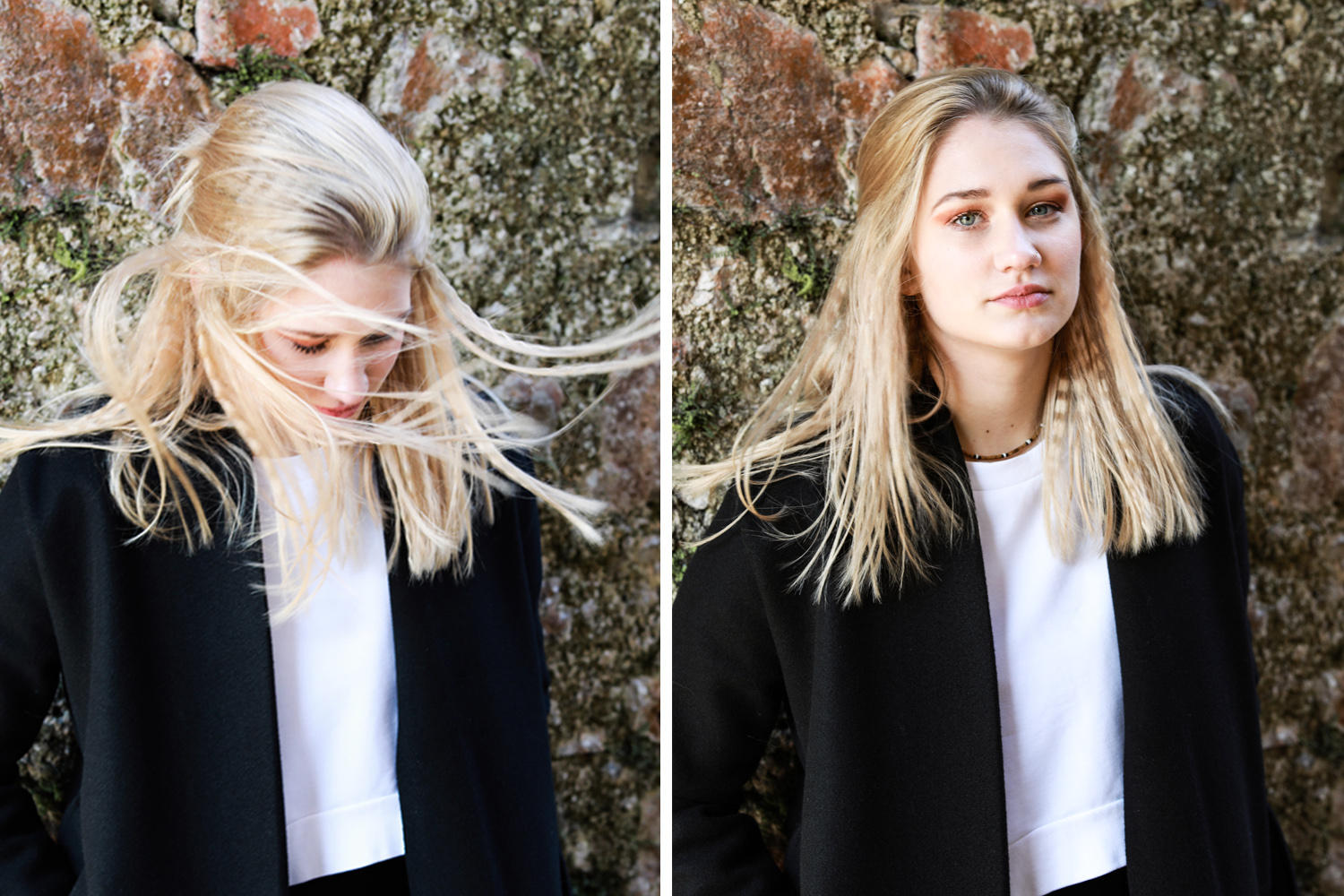 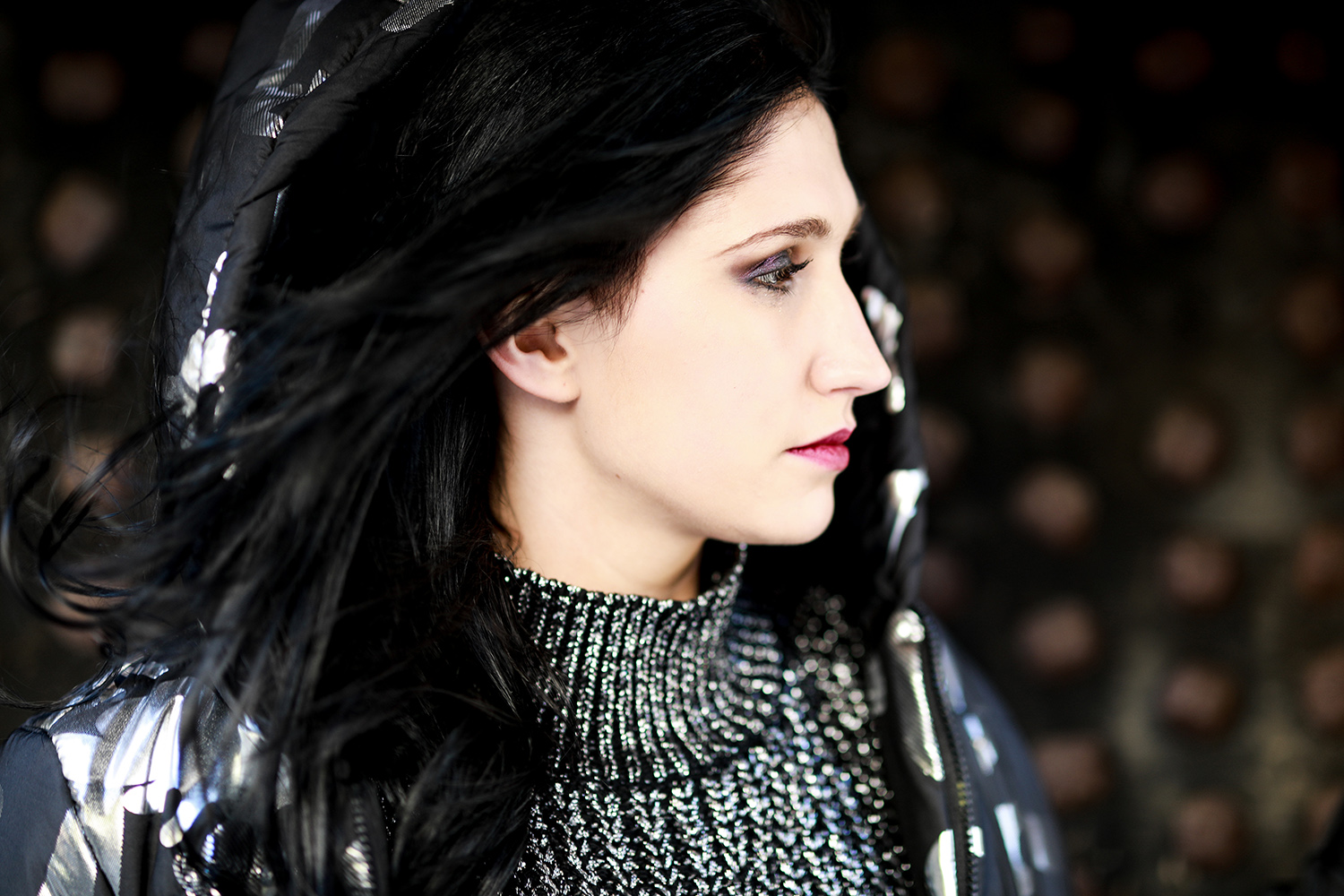