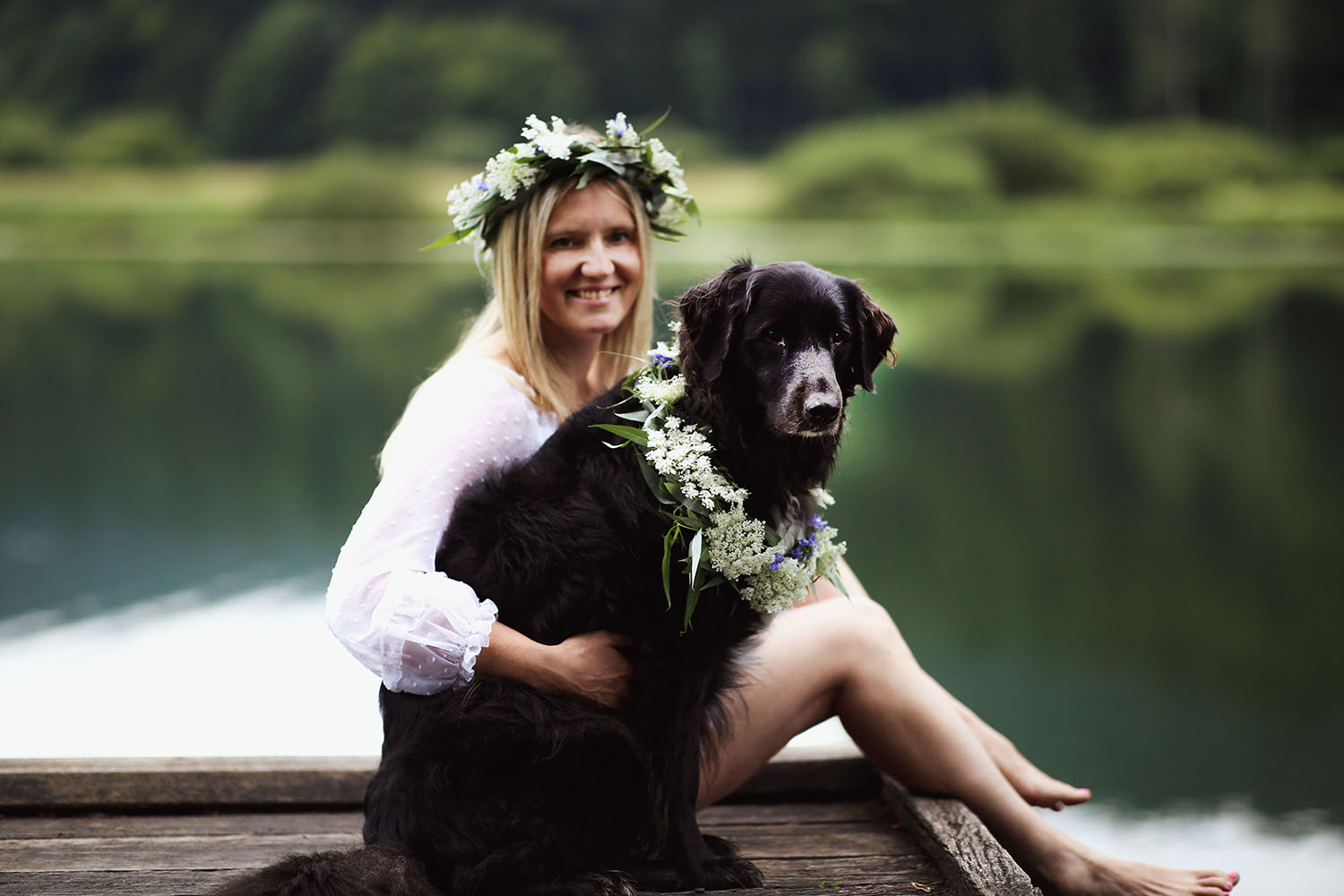 ILONA AND BAM BAM: ON A RAINY DAY AT THE LAKE PODPEČ

Ilona is a teacher in a school for dogs. She teaches puppies and adult dogs obedience in a gentle and compassionate manner. By the end of the course her four legged pupils are enthusiastic and enjoy managing their tasks, of course awaiting a deserved reward for each and every one of them. P.S: Perhaps this could be a recipe for all the mothers who desire to teach their children obedience.

Bam Bam is Ilona’s black furred friend, or better yet, her companion. Together they try out all the tricks and commands before taking them to class.

This windswept creature really is a special soul. She resembles a lot Ilona’s previous dog, a black Labrador called Murka. Perhaps Bam Bam is more skilled in forbidden and naughty actions as steeling cookies from a closed draw or eating a freshly baked sugar free whole grain forest fruit pie in a matter of second with no trace of a crumb. She is also very skilful in picking blackberries and raspberries and she sure does like to have a taste of the fresh salad growing in the garden.

All this is Bam Bam. She has even performed in a television commercial advertisement.

On a cloudy day, I drove these two interesting girls to the Lake Podpeč for a photo shooting.

Ilona changed into a white dress right there by the car. At times she resembled Urška from The Water Man ballad :), while Bam Bam had a beautiful garland made of field flowers around her neck.

Driven by the green water of the lake and absorbed in the thought whether to jump in it or save it for another day, they walked to the end of the pier.

Out of nowhere appeared a little tabby cat. Its attention was drawn by our four-legged girl. The cat was looking for affection, cuddling and snuggling and would not leave, forcing me to carry it away. Needn’t to say it came back over and over again continuously interrupting our work.

The clouds almost shaded the faintly sun and dew drops began to fall. One lost photo shot by the lake and off we were chased by rain. 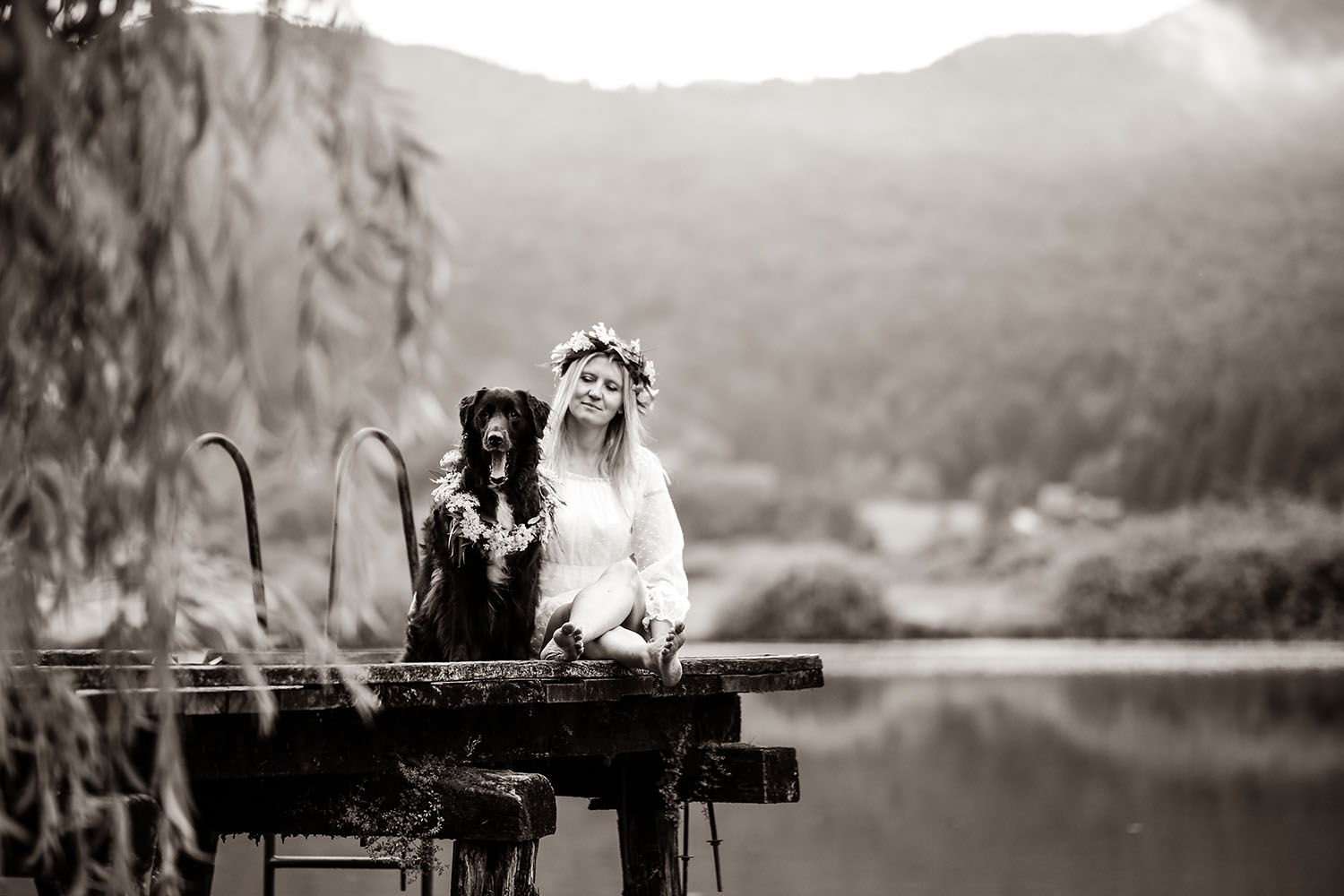 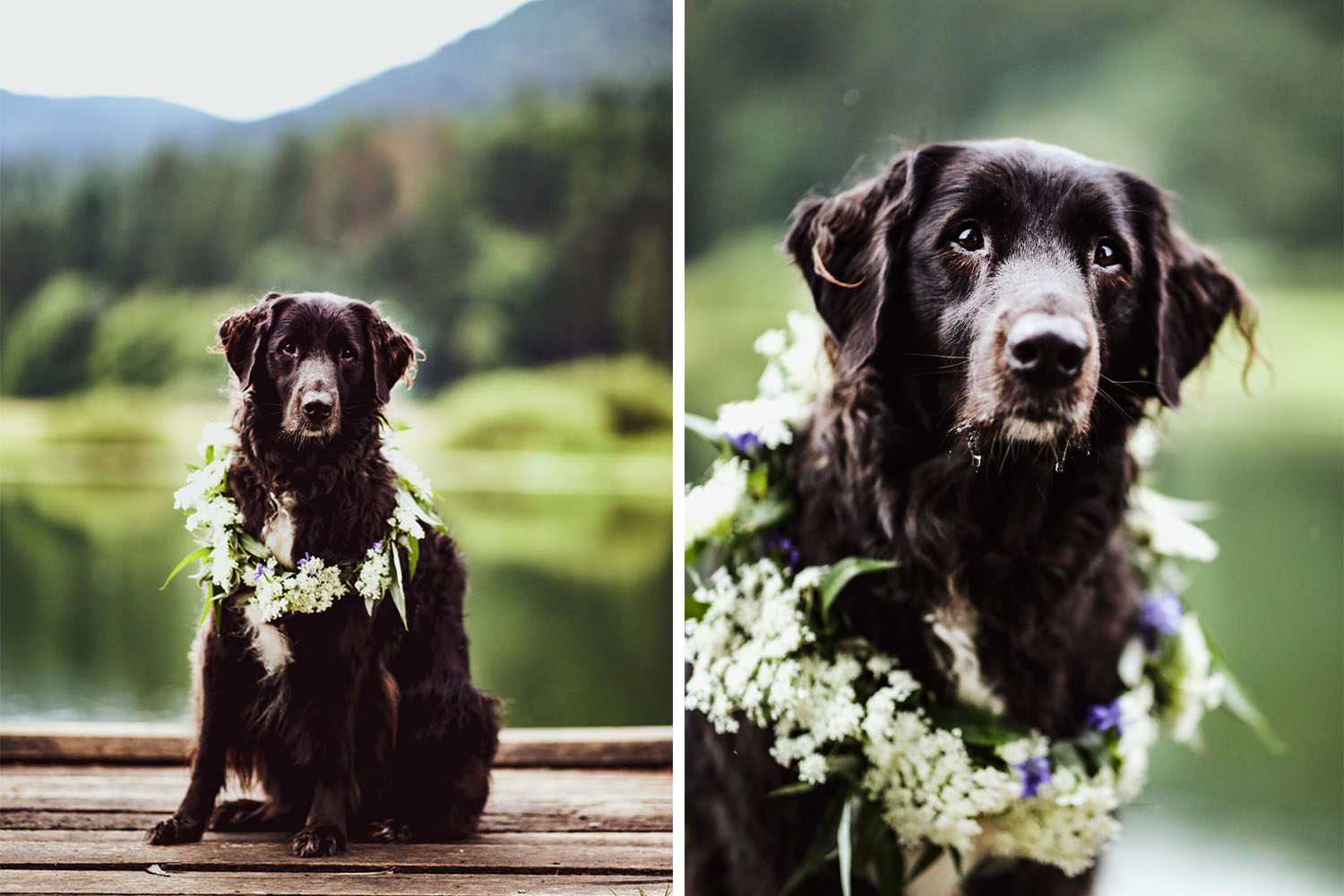 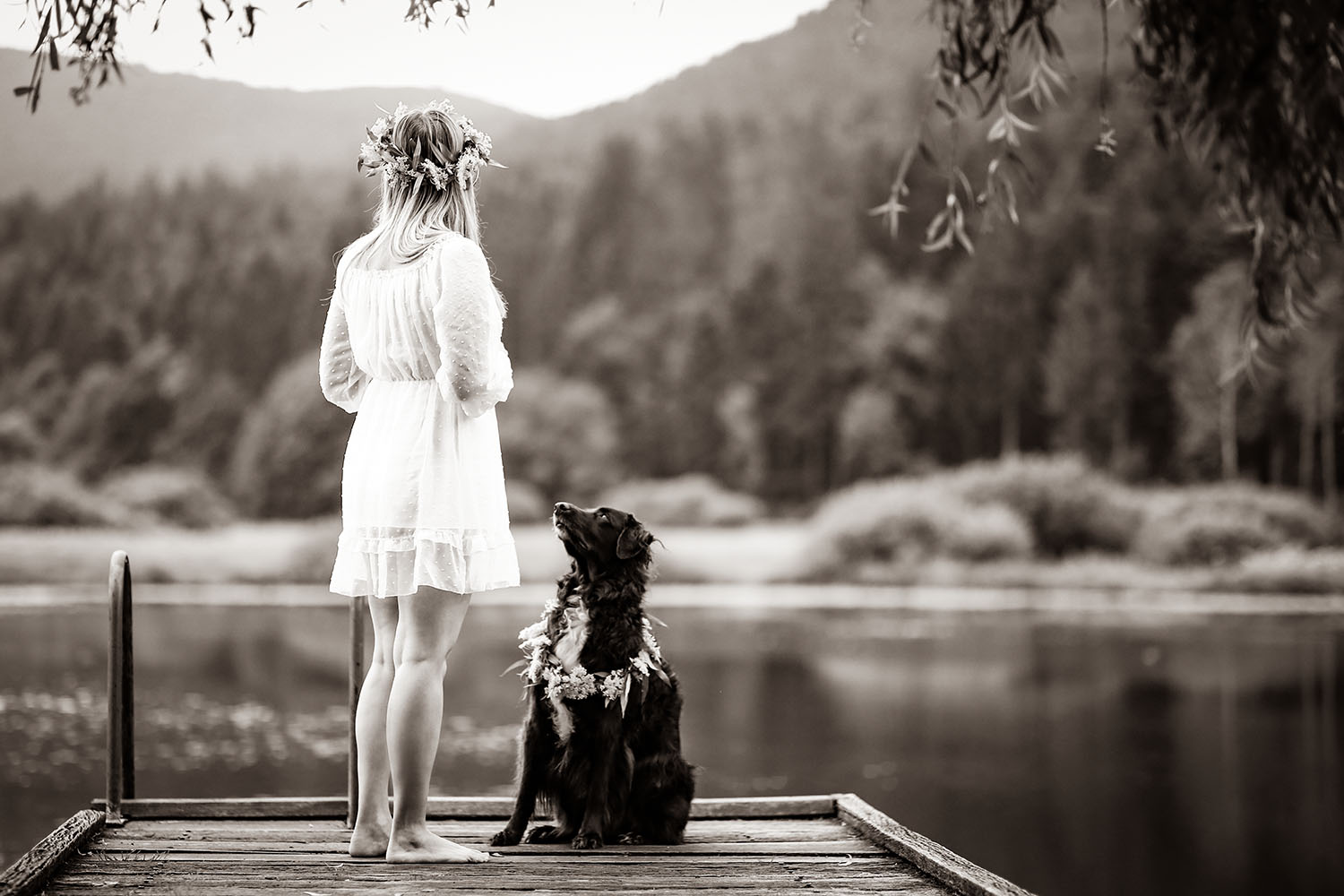 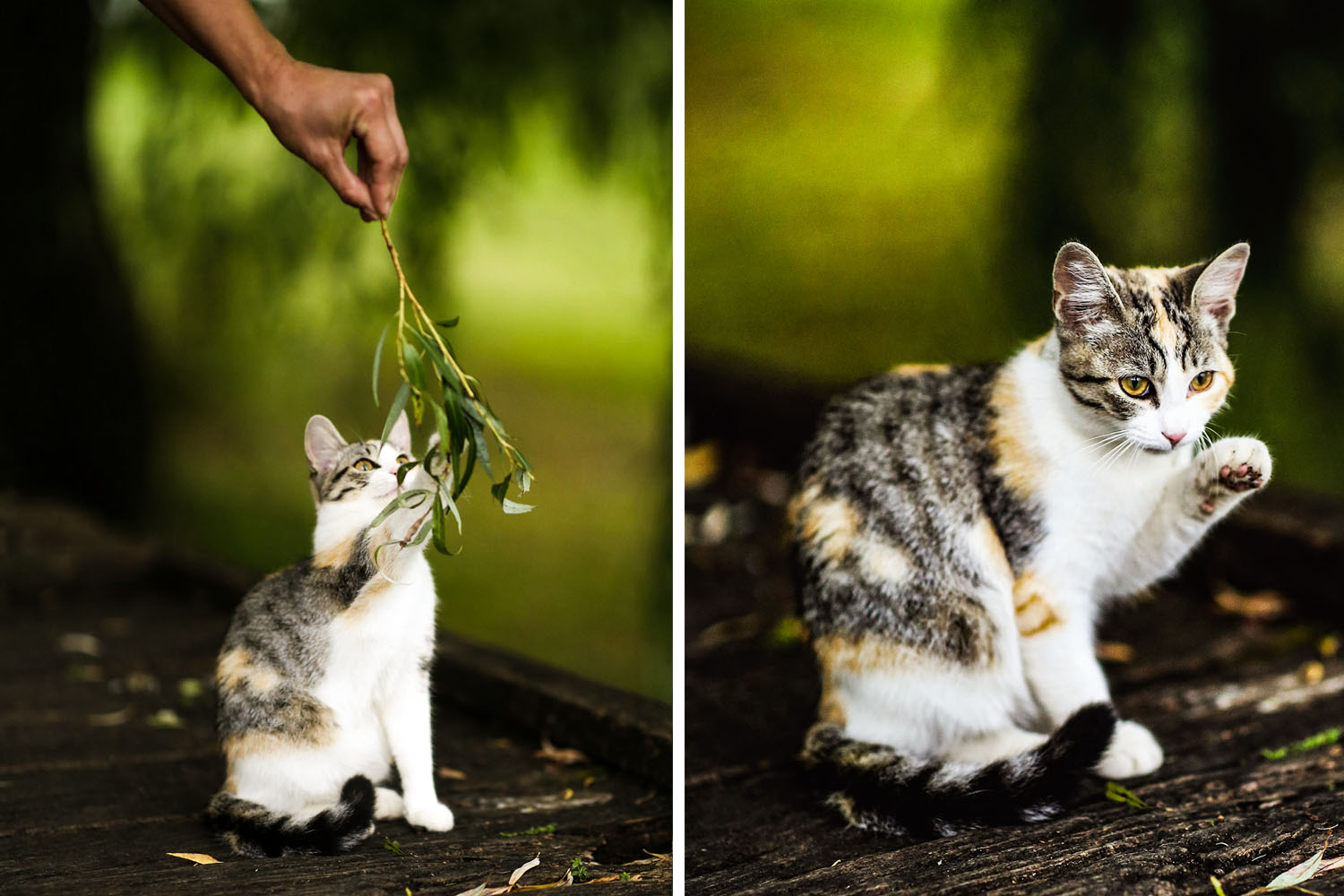 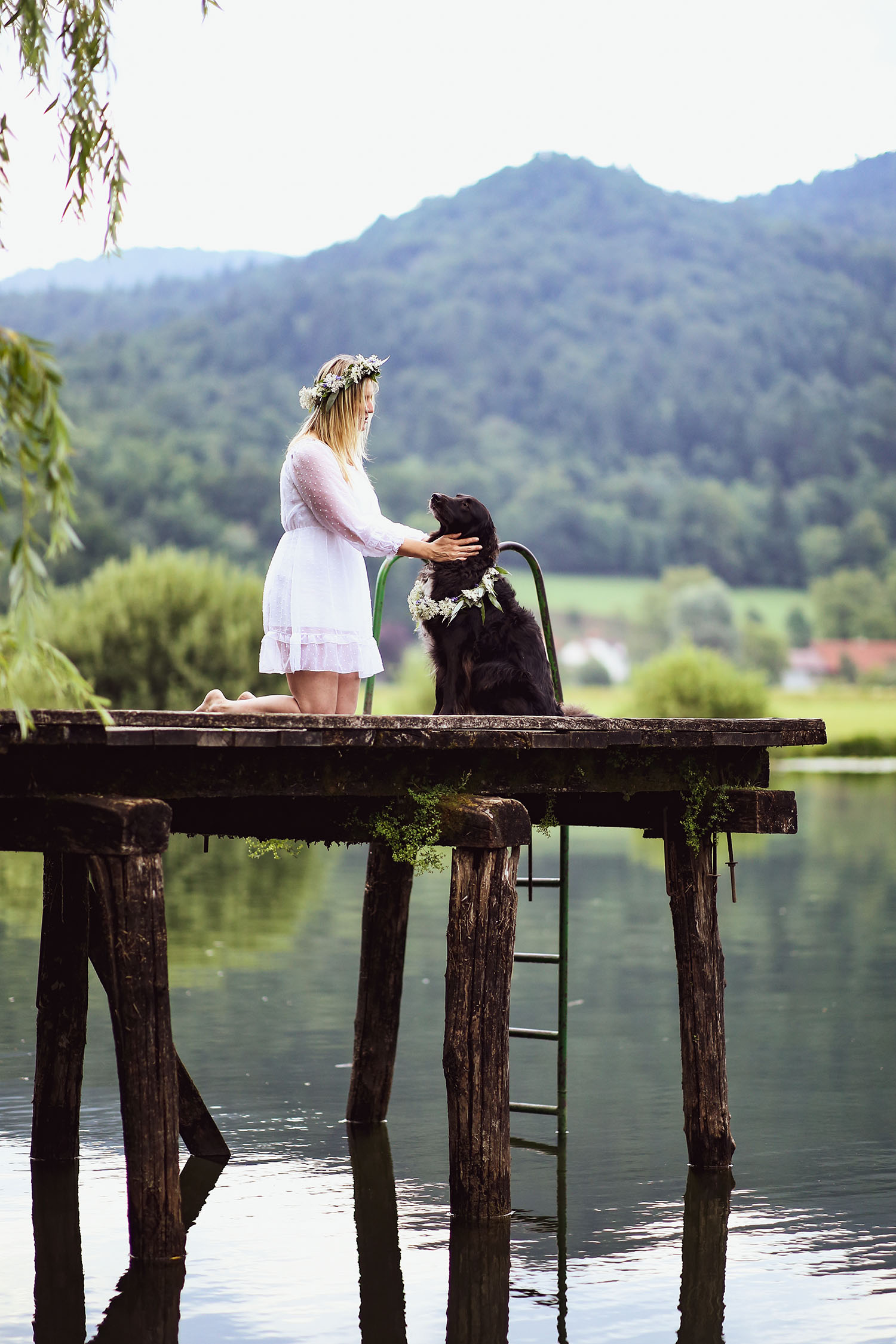 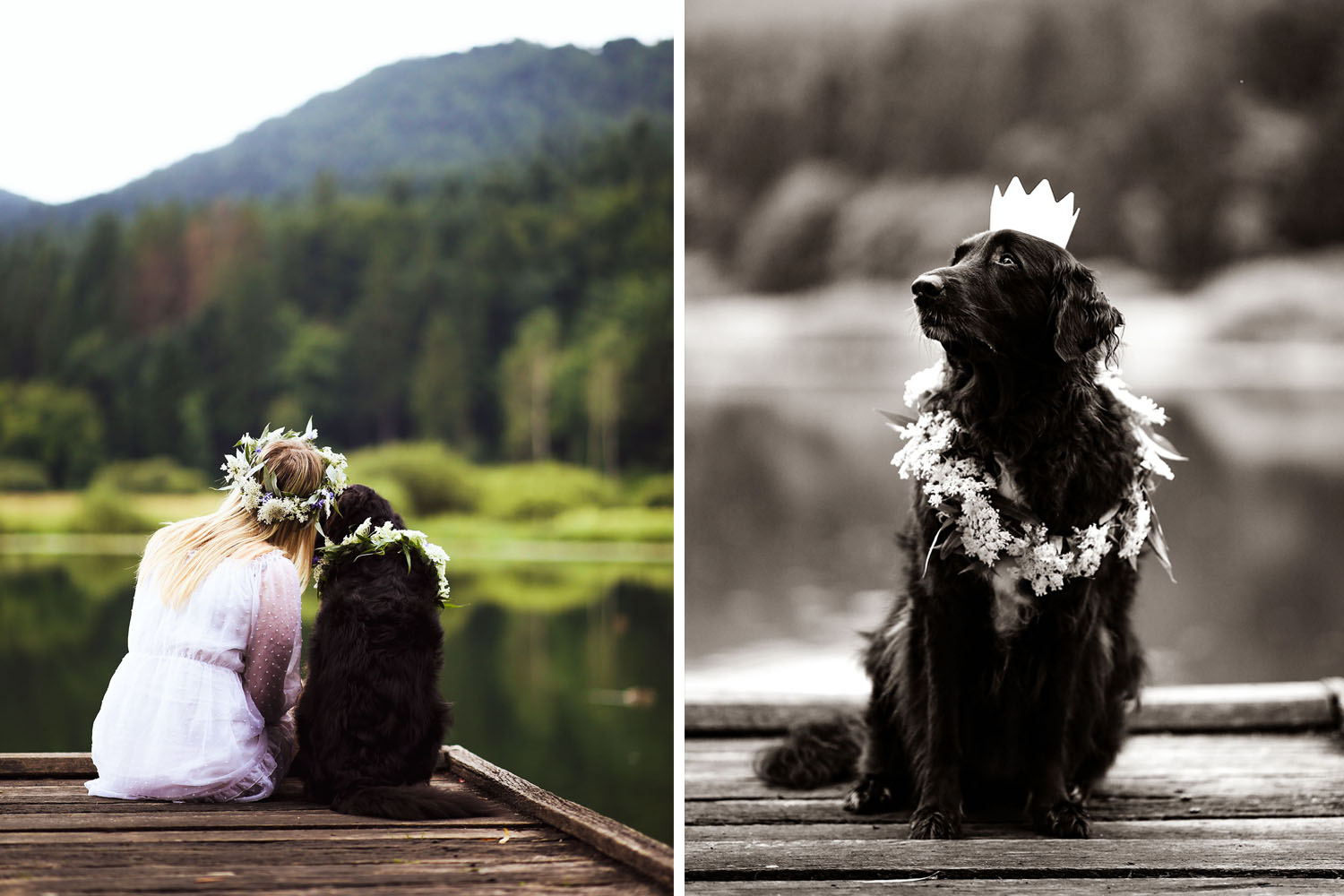 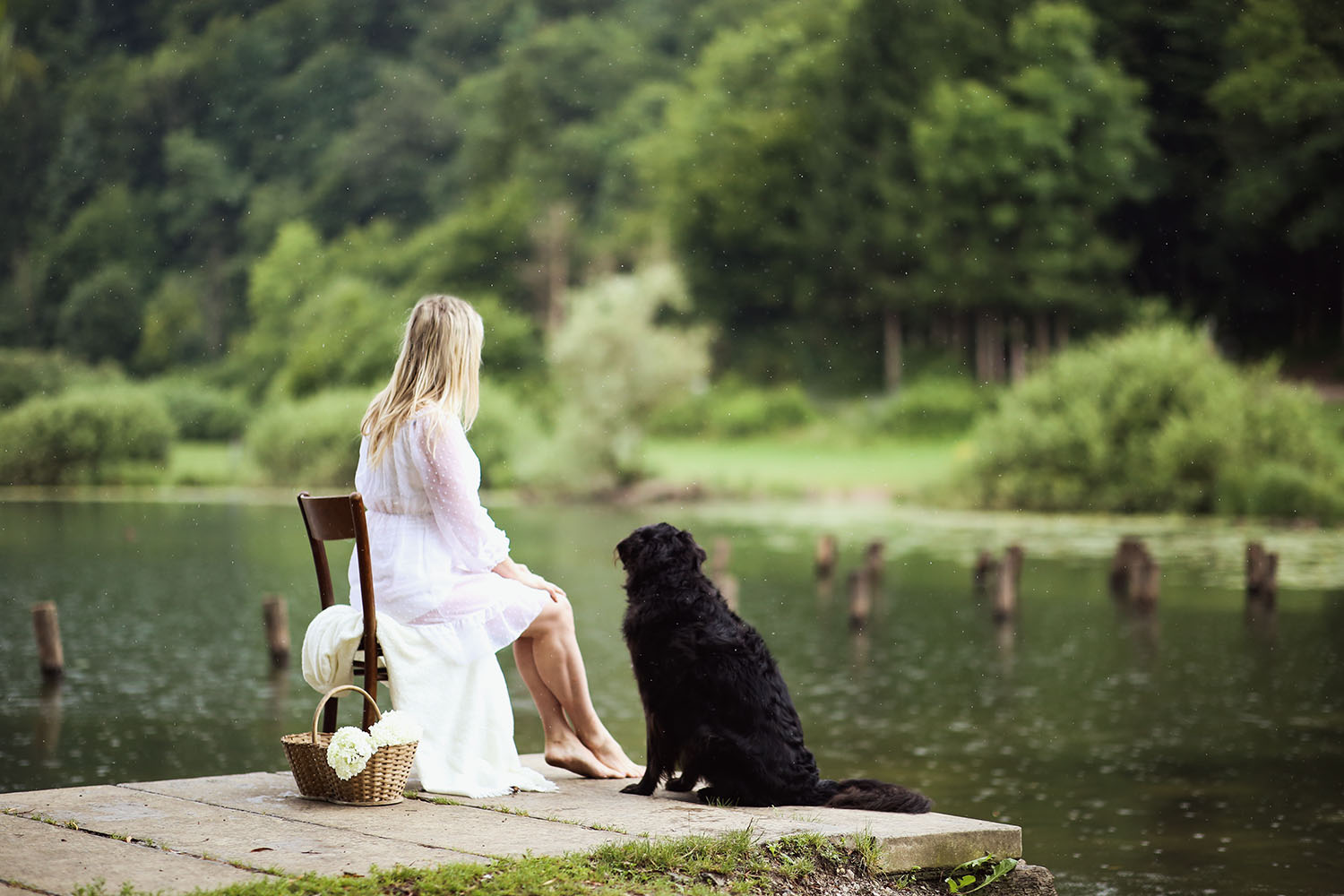