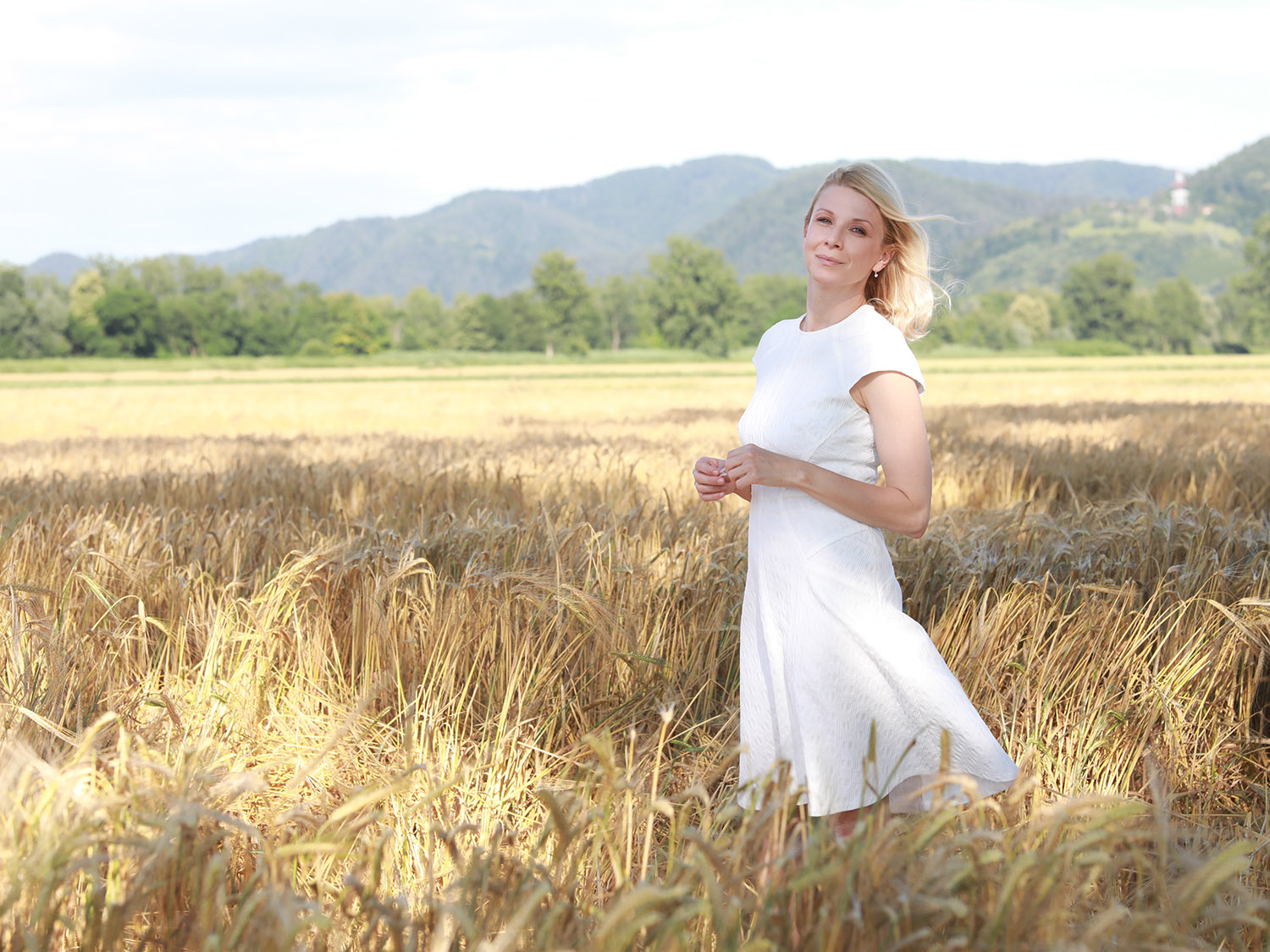 Tjaša is a very busy lady these days with her many theatrical rehearsals. Twice a day they rehearse for a new show which is scheduled to take place in the autumn. So we made an appointment for Monday afternoon to catch her in between.
This popular actress is probably best remembered from the series TV Dober dan, which aired twenty years ago. Well, it’s been many years since then … but In the meantime, she got a job at MGL, became the mother of a girl Marli, who finished her first grade this year, gained even more acting mileage and also quite a few respectable awards to boot.

When Ilona (who is the assistant editor of the magazine Lepota in Zdravje (Beauty & Health) and I were waiting for her to take some photos by the roadside in Sneberje, I thought about my impression of her. Well, I could possibly describe her in the following words: aristocratic, refined, eloquent, elegant, maybe bold … When I look at her I see her as being one amongst a group of young ladies at some English or Dutch court. Typically in a long dress with a waistcoat, a high collar and a small hat, devouring books in the conservatory and dreaming of a manly prince who will one day stop by at their estate.

Yes, they say we bring impressions from previous lives with us.

“ŽELEZNIK, WHAT DO YOU NEED THIS FOR …?”

And judging by the graceful posture of her body, I would conclude that she once danced ballet. Because the basics of such movements that the body learns are never forgotten.
We almost missed each other initially because she drove past. The field path made by tractors which led to the field of grain, was waiting for us.

As we said goodbye, she hinted that thoughts were running through her head in the sense of: “Železnik, what do you need this for …?” and together we laughed at this familiar concern as neither of us were in our twenties any more.

SHE´S NOT DIFFICULT AT ALL

She brought the clothes with her. She said her colours are blue and white and that she doesn’t have pastel-coloured clothes. And as for the wreaths in her hair that I showed her, she may already be too old. Oh, and that she doesn’t want to appear difficult at all, ha, ha. In fact, she was so nice at the time that we couldn’t even imagine her as difficult.
Then we got going. The wind blew and flowed through her hair. The wheat field and her hair melted into the same shades of colour. She stood there alone in the middle of the field. With a basket of flowers in hand and you could say our minds drifted to a time when we were care-free without any worries. A time that once existed. A time that no longer exists.

She said she was still waiting for him … a real man. A kindred spirit. And that he just never seems to show up.
So come on, where are all you brave guys? 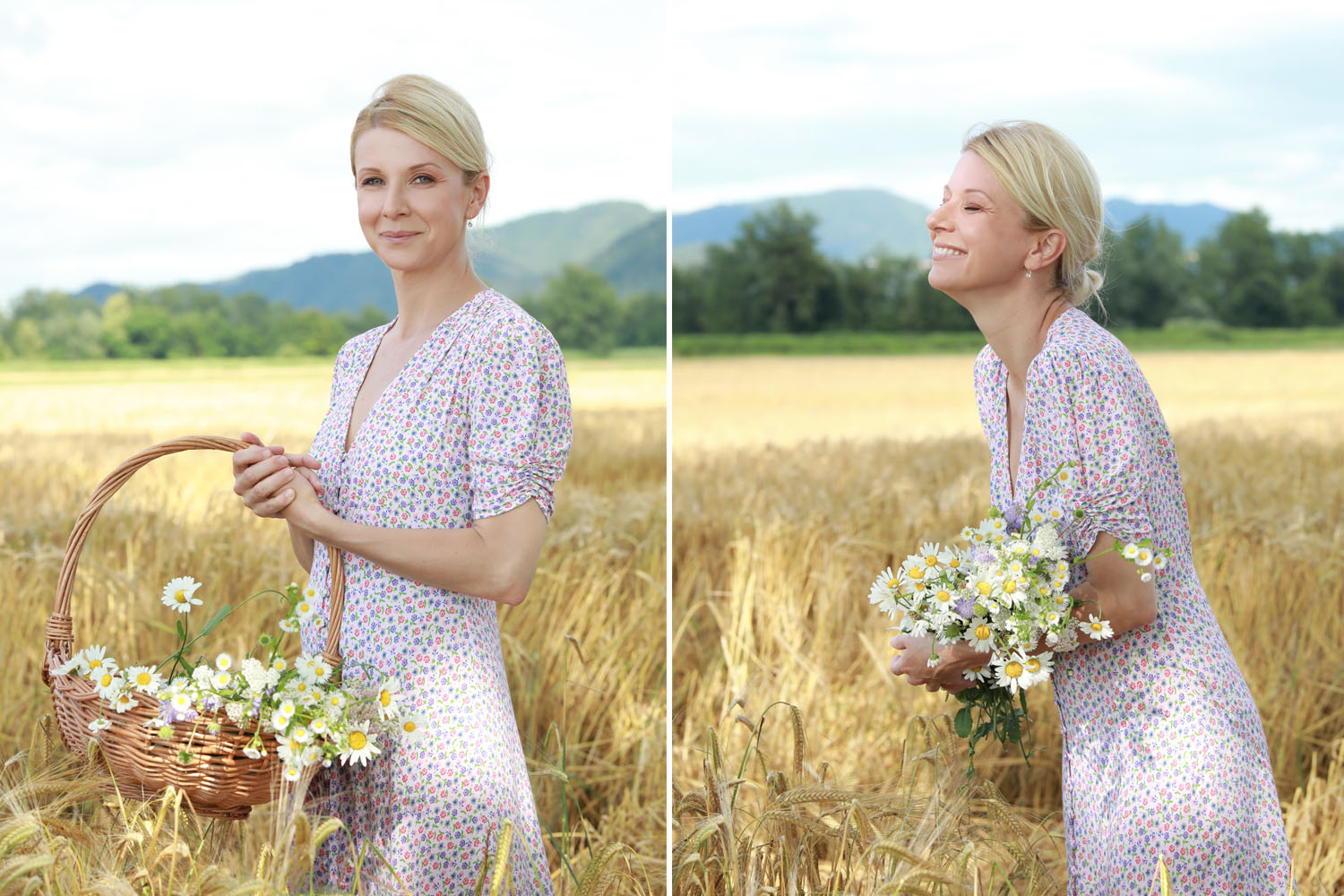 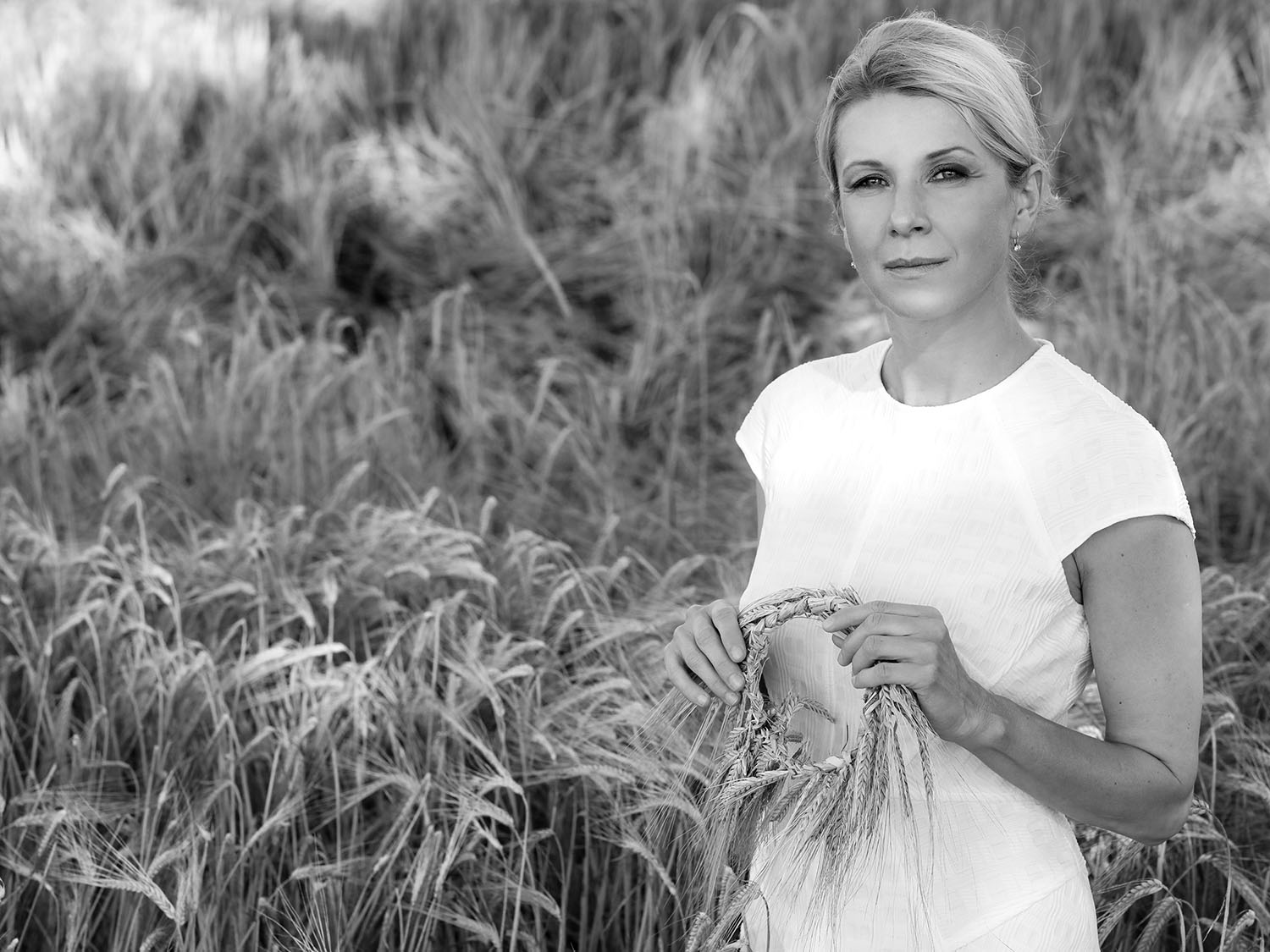 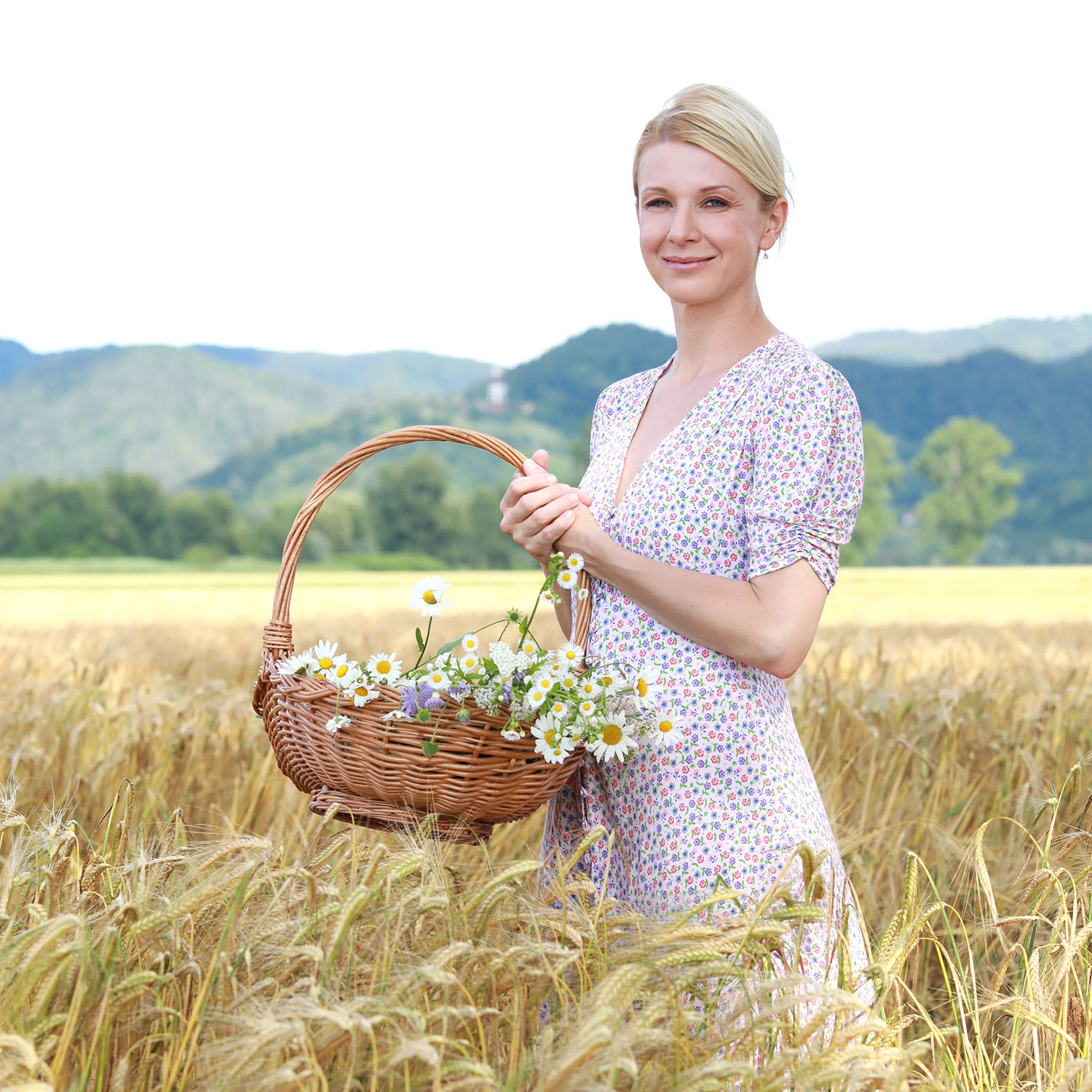 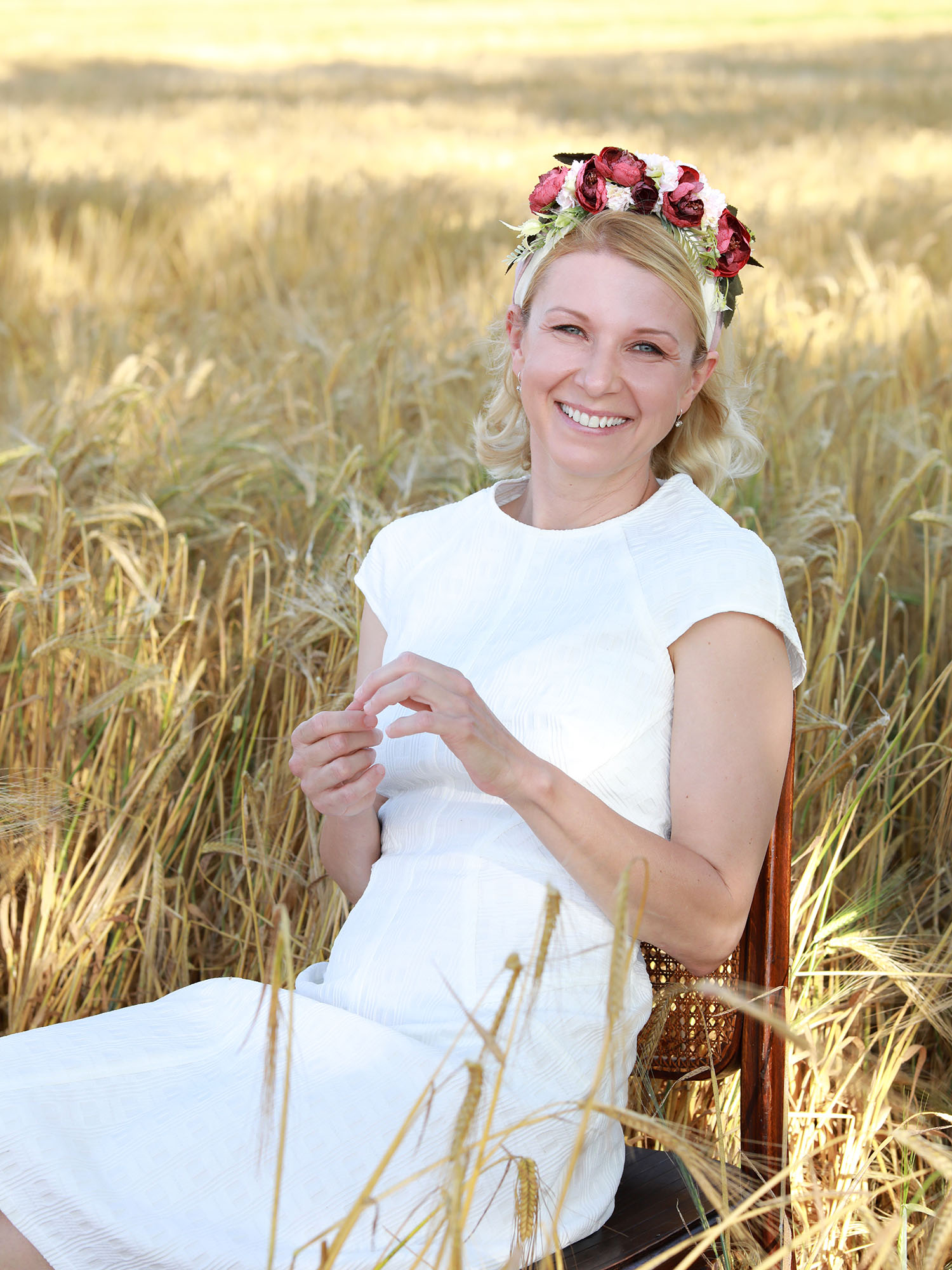 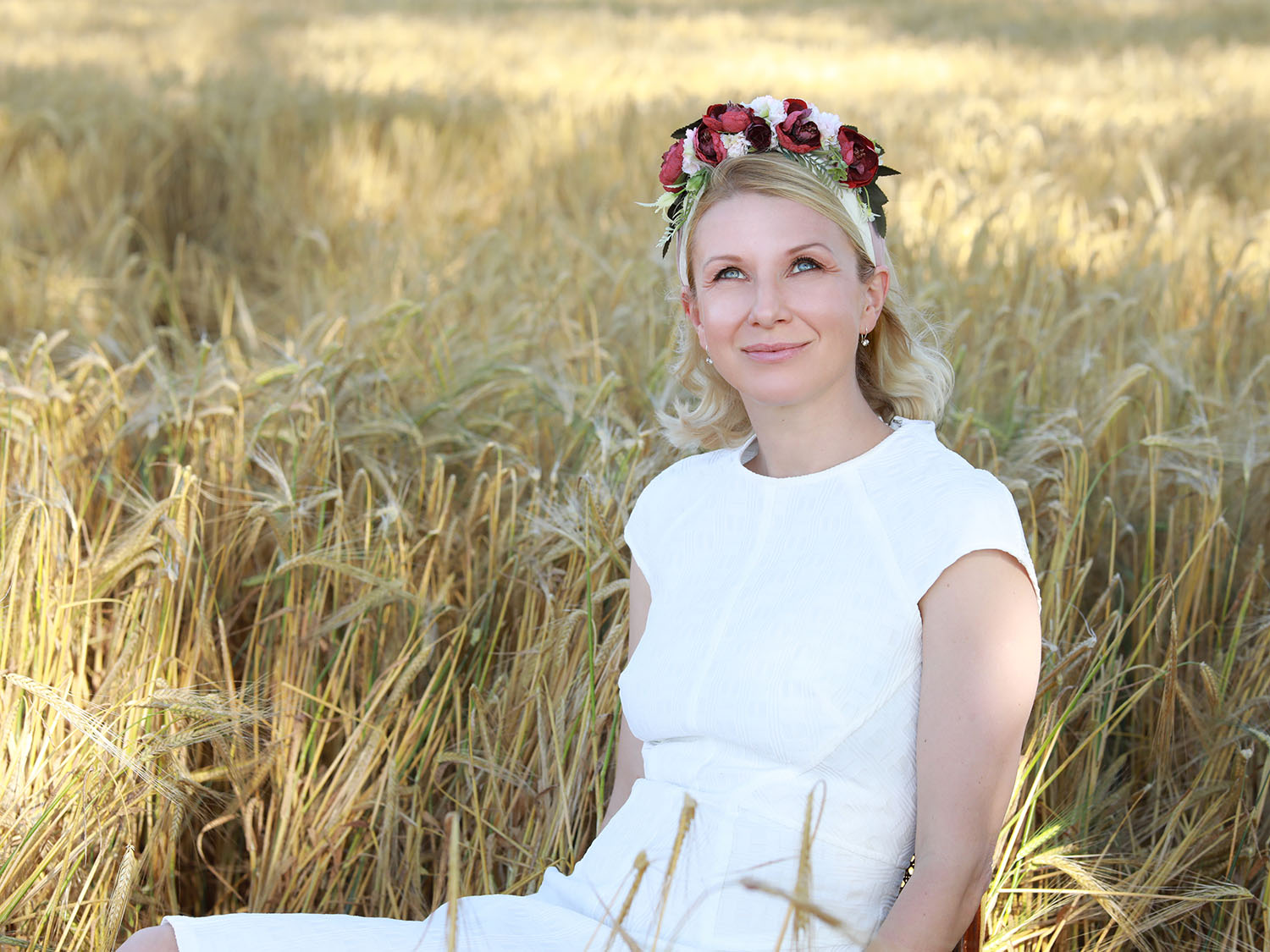 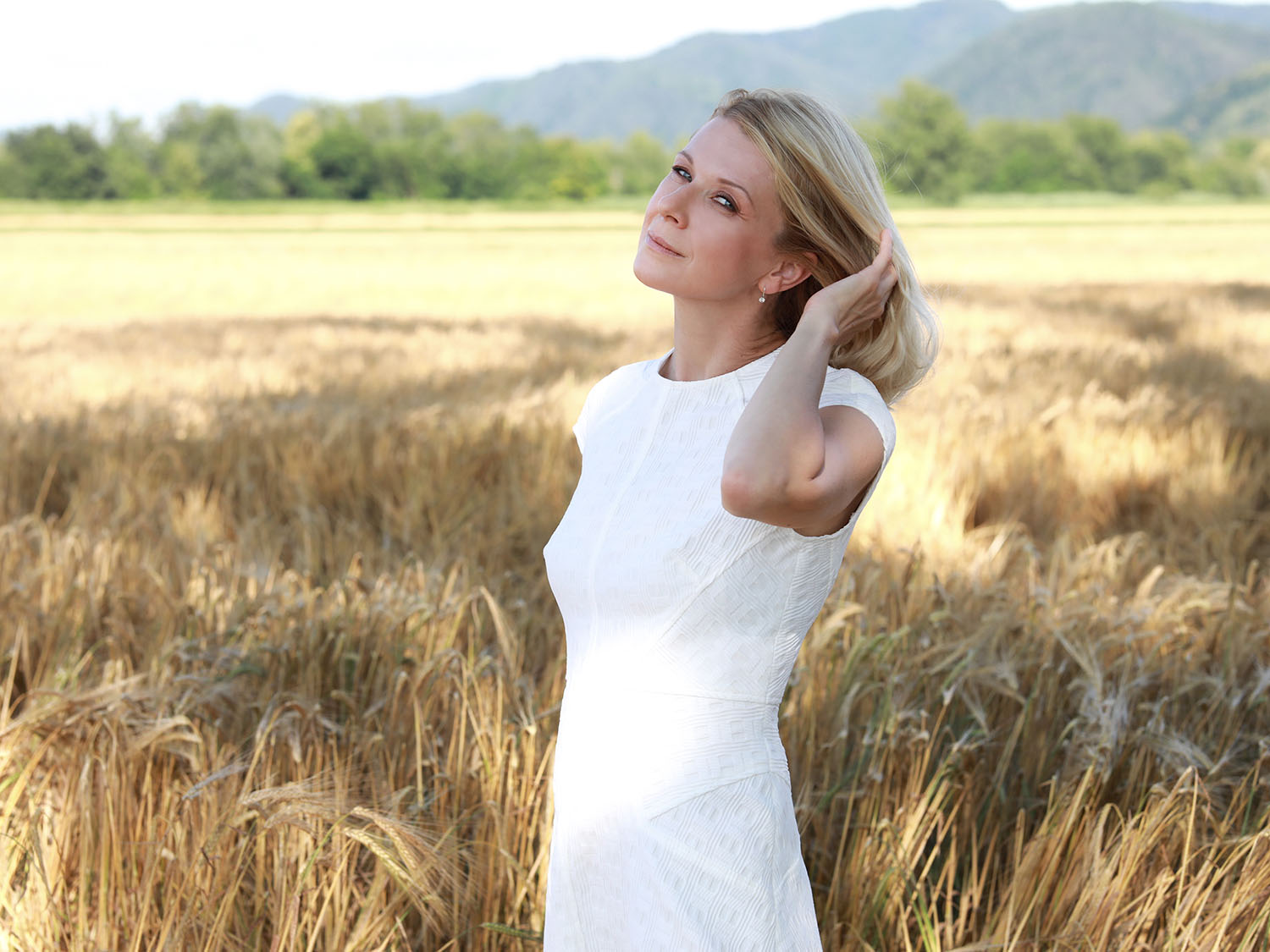 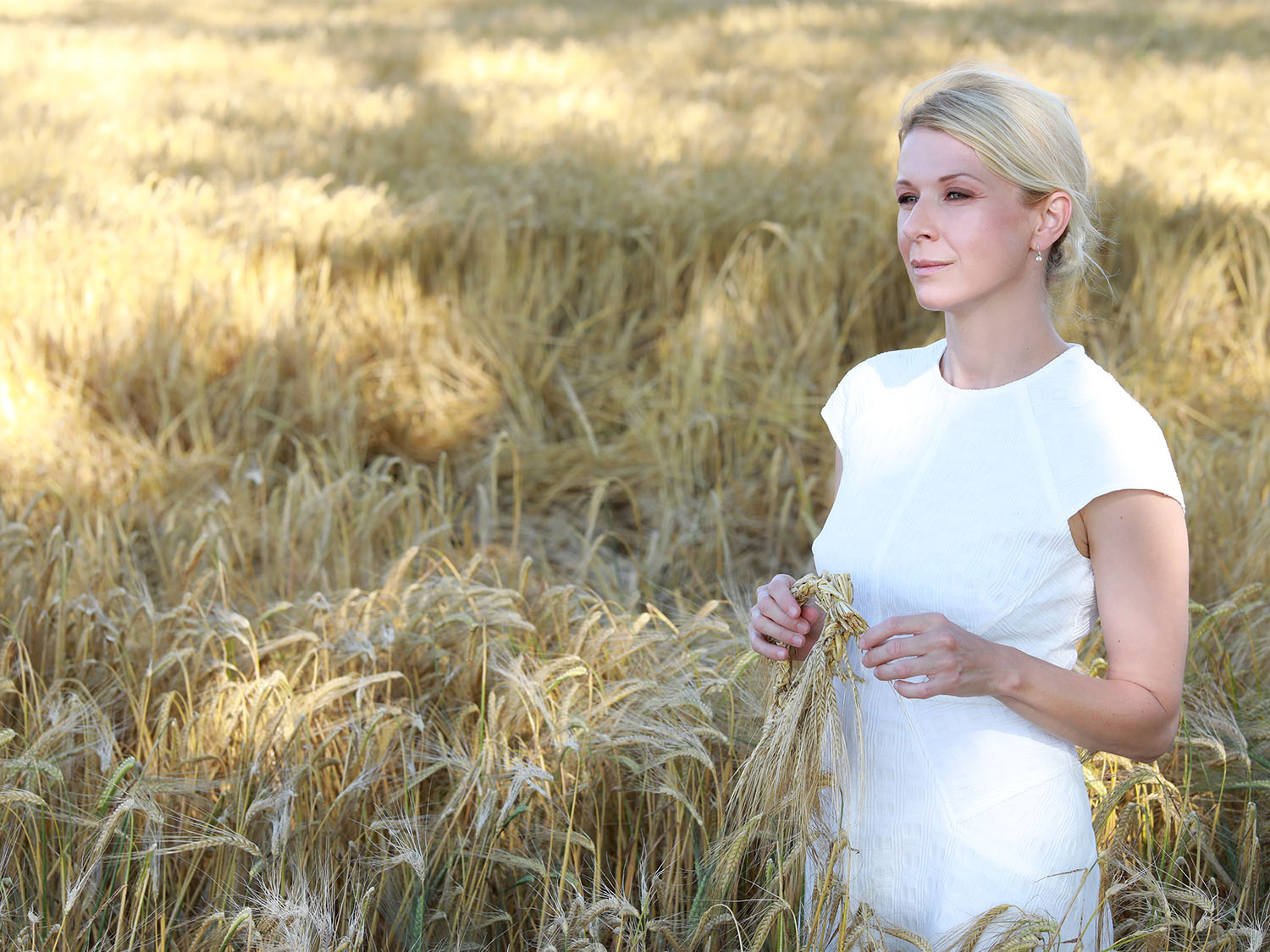