Around noon the humidity on the narrow streets of the coastal town showed its horns. The wind hid and would not grant us even a slight blow. However, sometimes, despite the heat, a little breeze here and there could be found. When it reveals itself, its whistling movements resemble a vigorous dancer, who decided to perform a ballet around the corners of the serried ranks of houses.

Despite the heat, uncle Wind swished, from Ljubljana to Izola, two redhaired young girls that had never met before for a photo shooting.

The older girl, just over two-year-old Zala had copper hair, untamed curls and big blue eyes. She was a true Little Fox. That’s what her mother calls her. Interestingly enough, Zala has three dark haired older brothers. Her mother is a children’s dressmaker, therefore, she brought several colour options to the set.

At first, Zala was very shy, but in time she gained courage. She loved the soft pink teddy bear and the strawberry taste millet balls. »A strawberry, please«, she kindly asked and went on crunching her treats, decorating her soft little cheeks with crumbs.

And then the other red-haired girl arrived. Ula was her name, but naming her Little Strawberry would suit her perfectly as well. Her hair was a bit darker than a ripe strawberry, while her skin was fair and delicate as bone porcelain. She was accompanied by her kind grandfather and her friendly Spanish featured dark eyed mother. Initially a bit insecure, Ula squeezed into her mother’s arms.

But then, the pink soft teddy bear, just like with Zala the Little Fox, helped Ula overcome her insecurities and brought a smile to her sweet face, revealing two little sparkling white teeth, whom we had a chance to marvel several times.

Uncle Wind brought our way a little black puppy and a curious crowd of passing people as well. Ula and Zala set on the doorstep of an old house and made sure their teddy bears were happy. 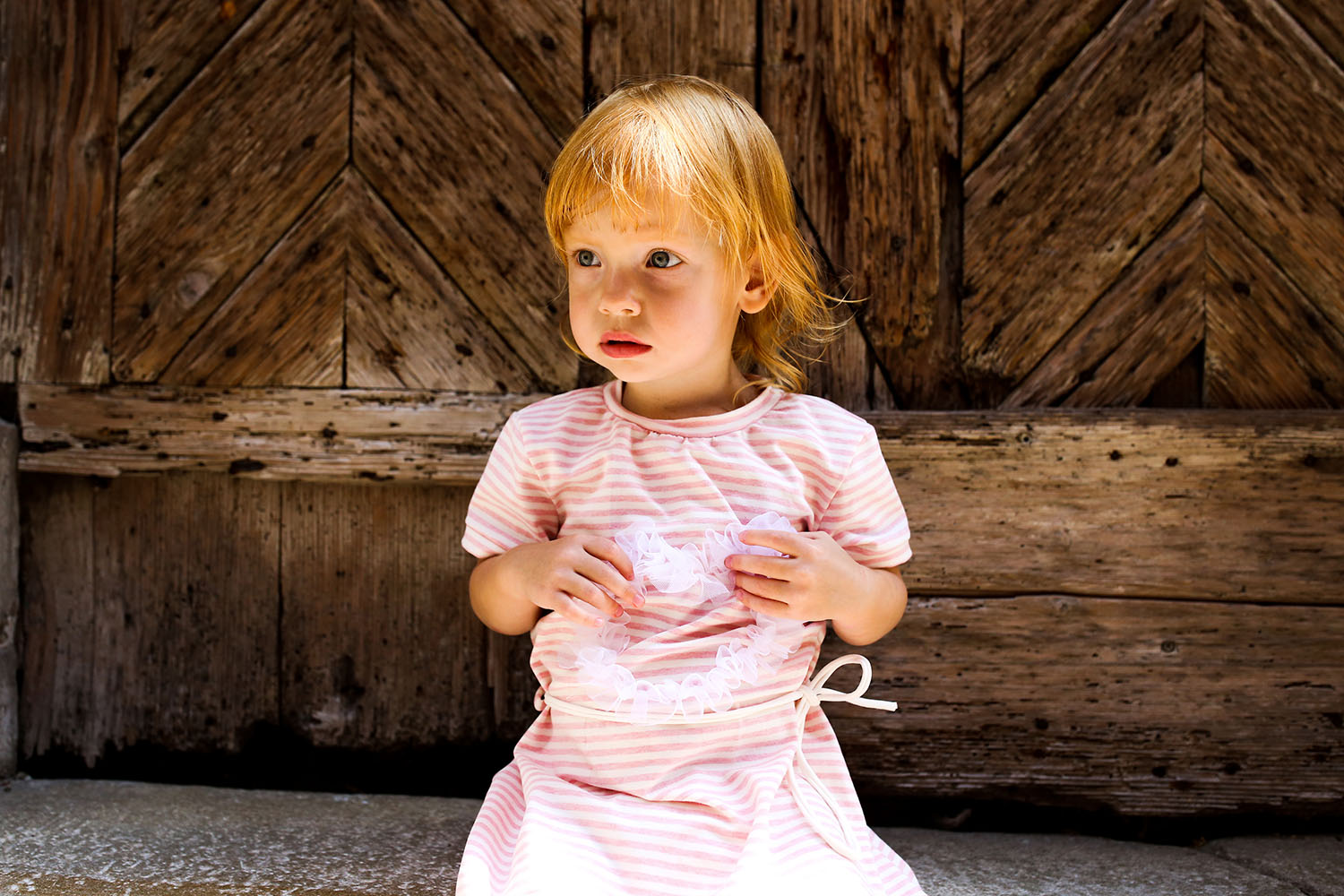 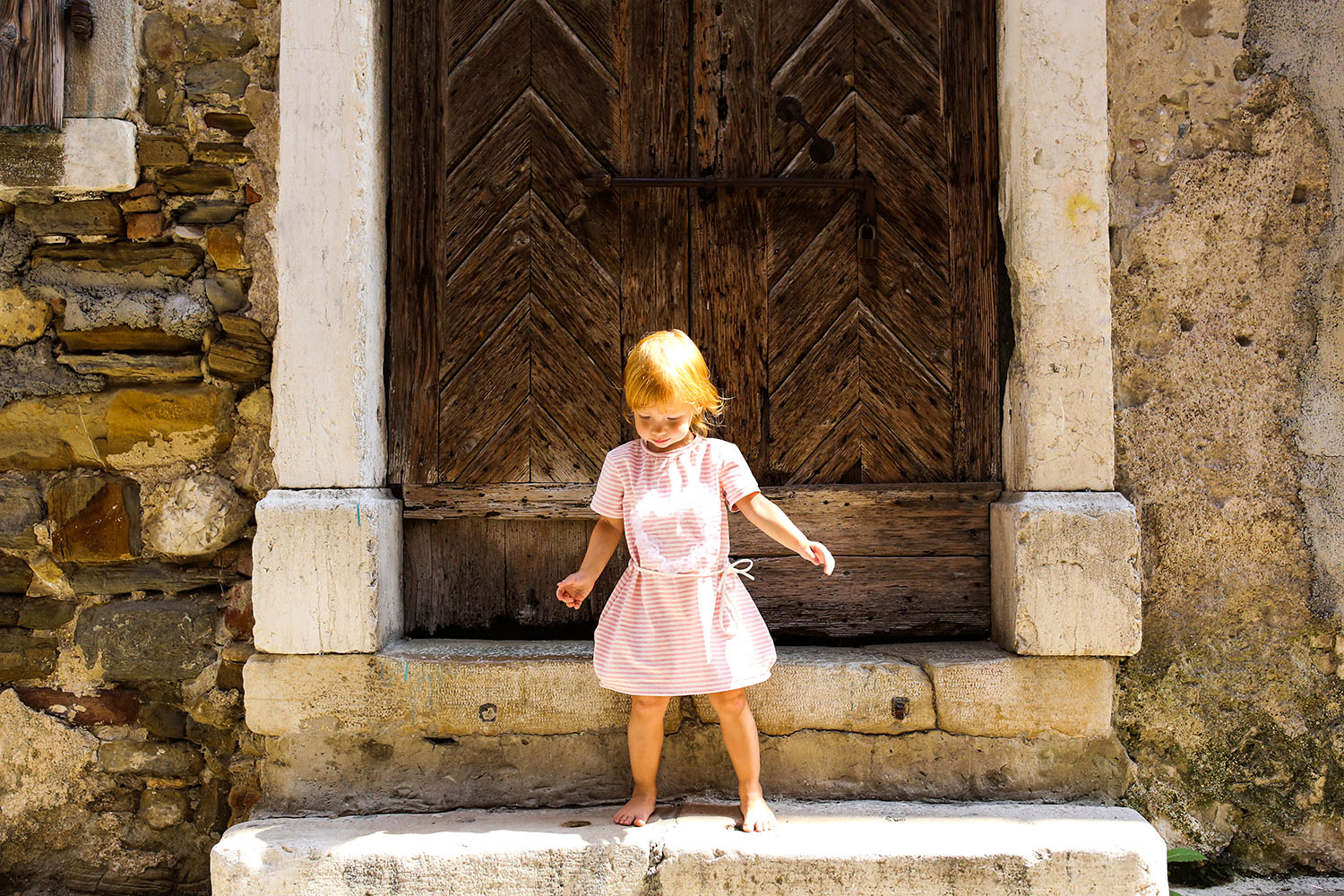 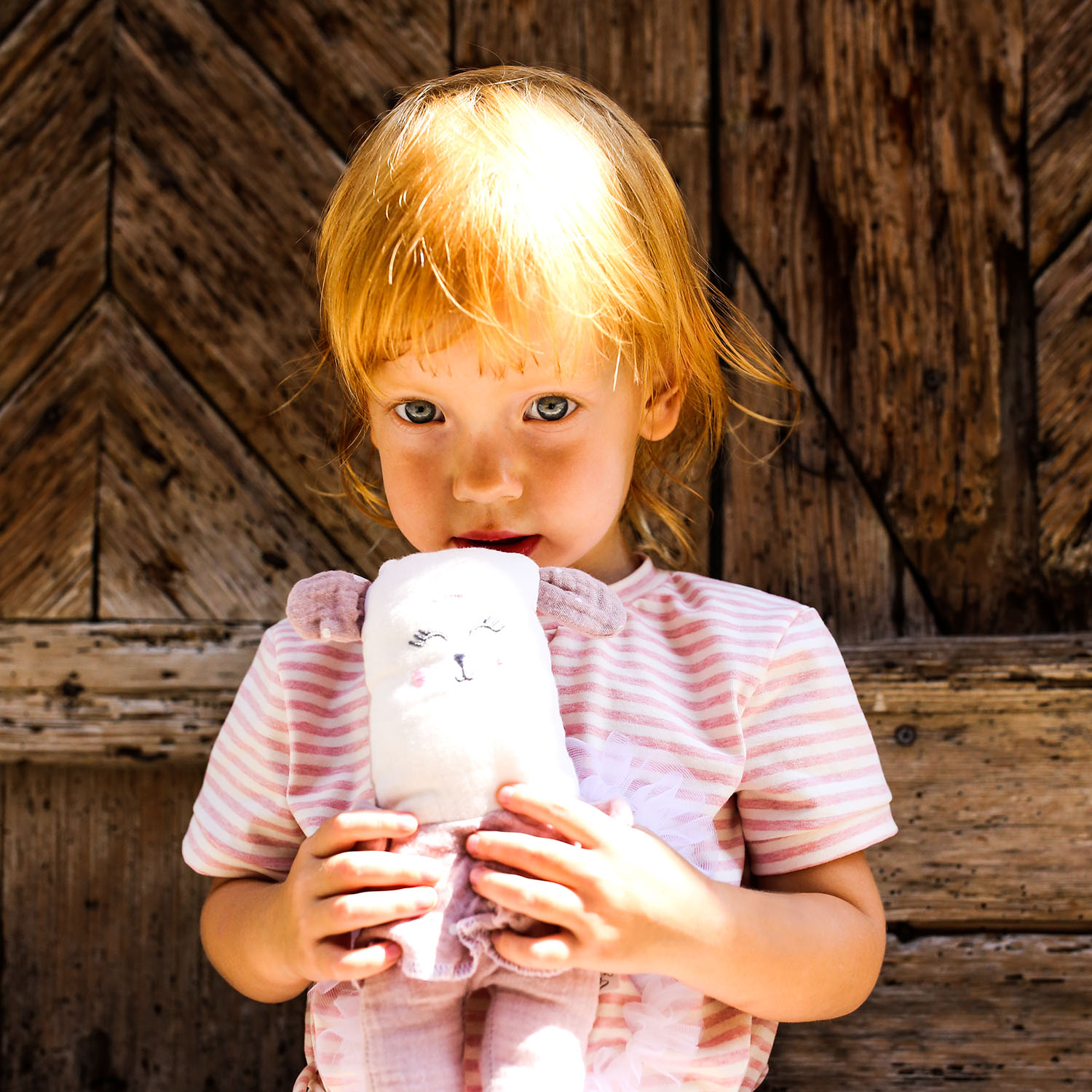 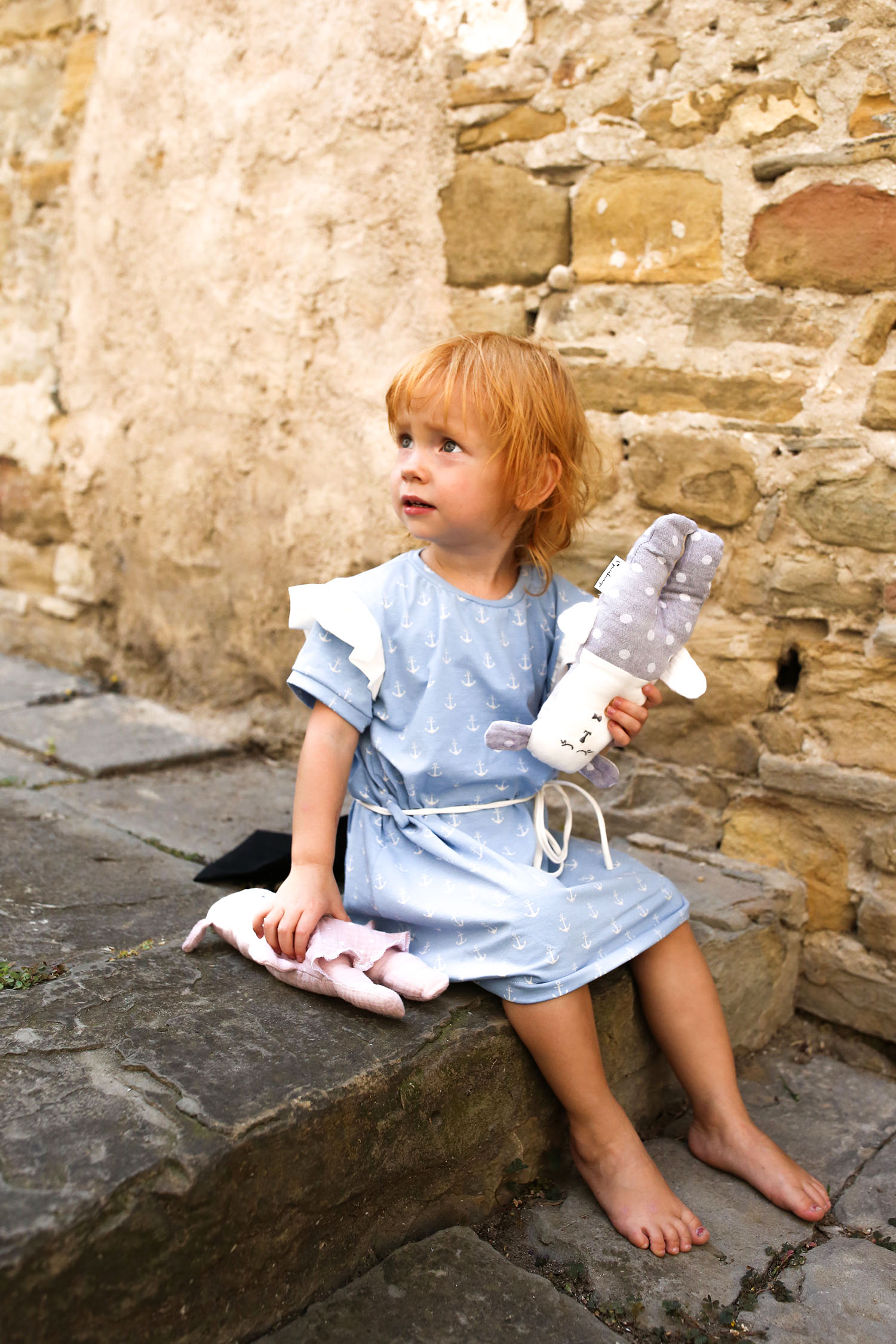 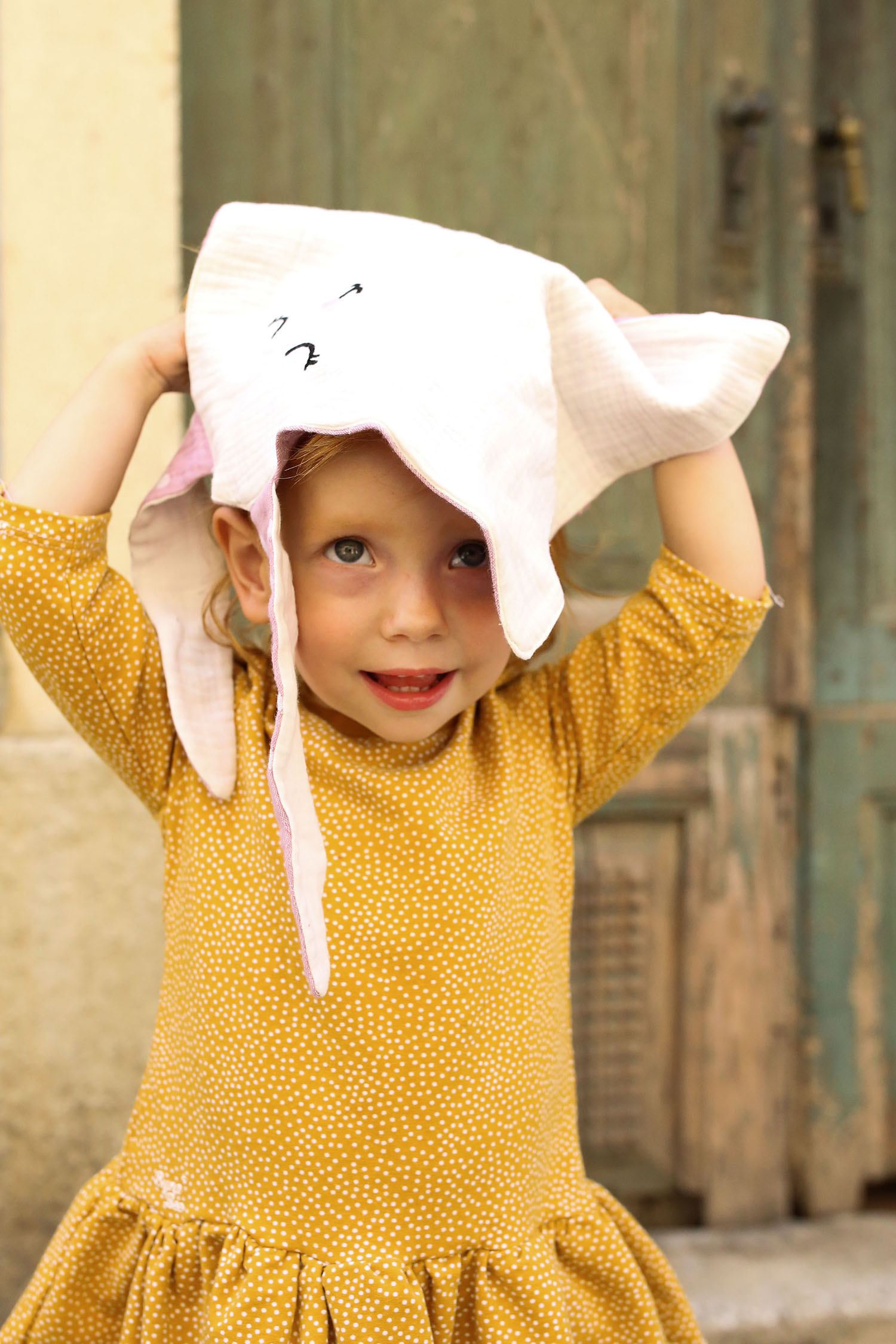 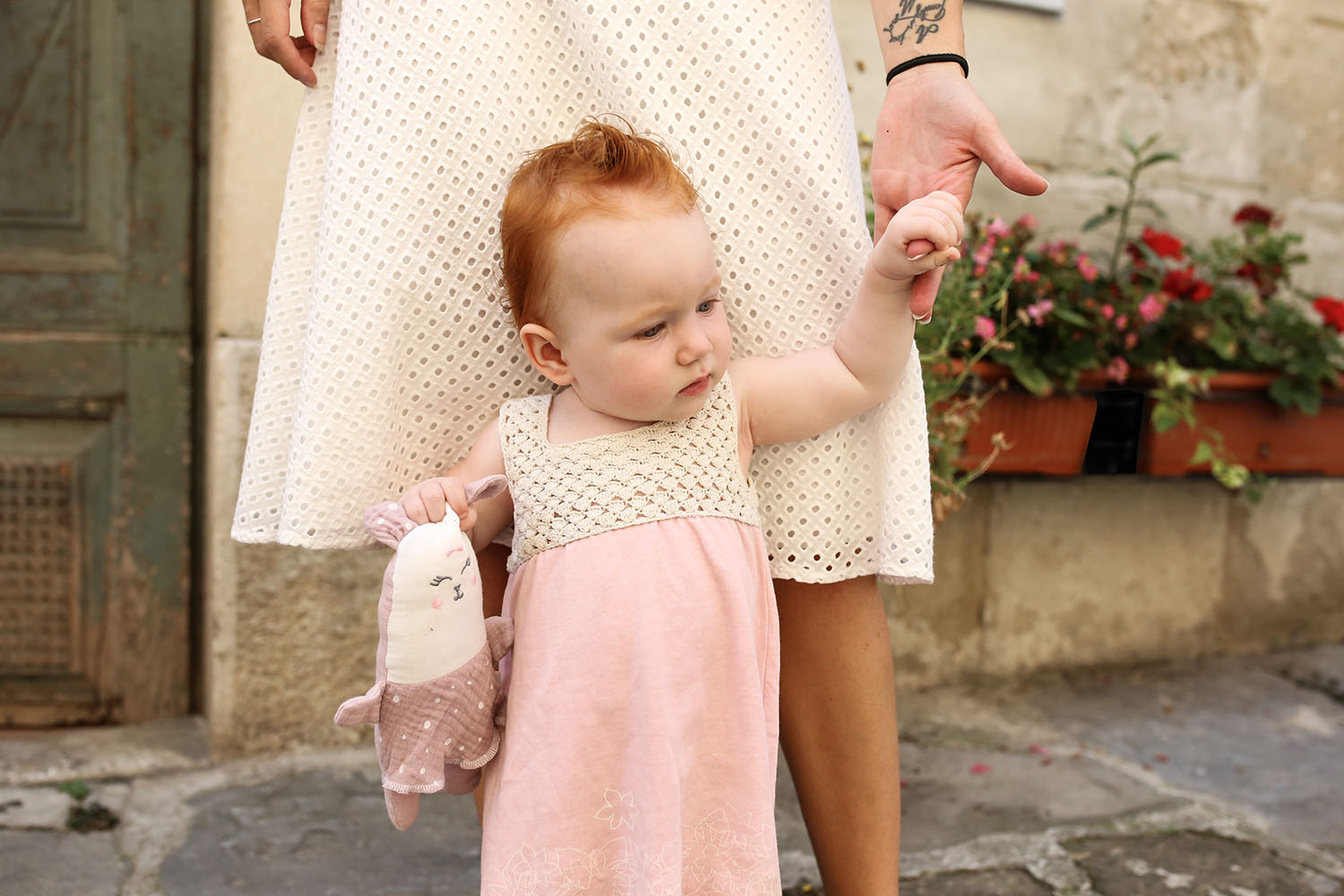 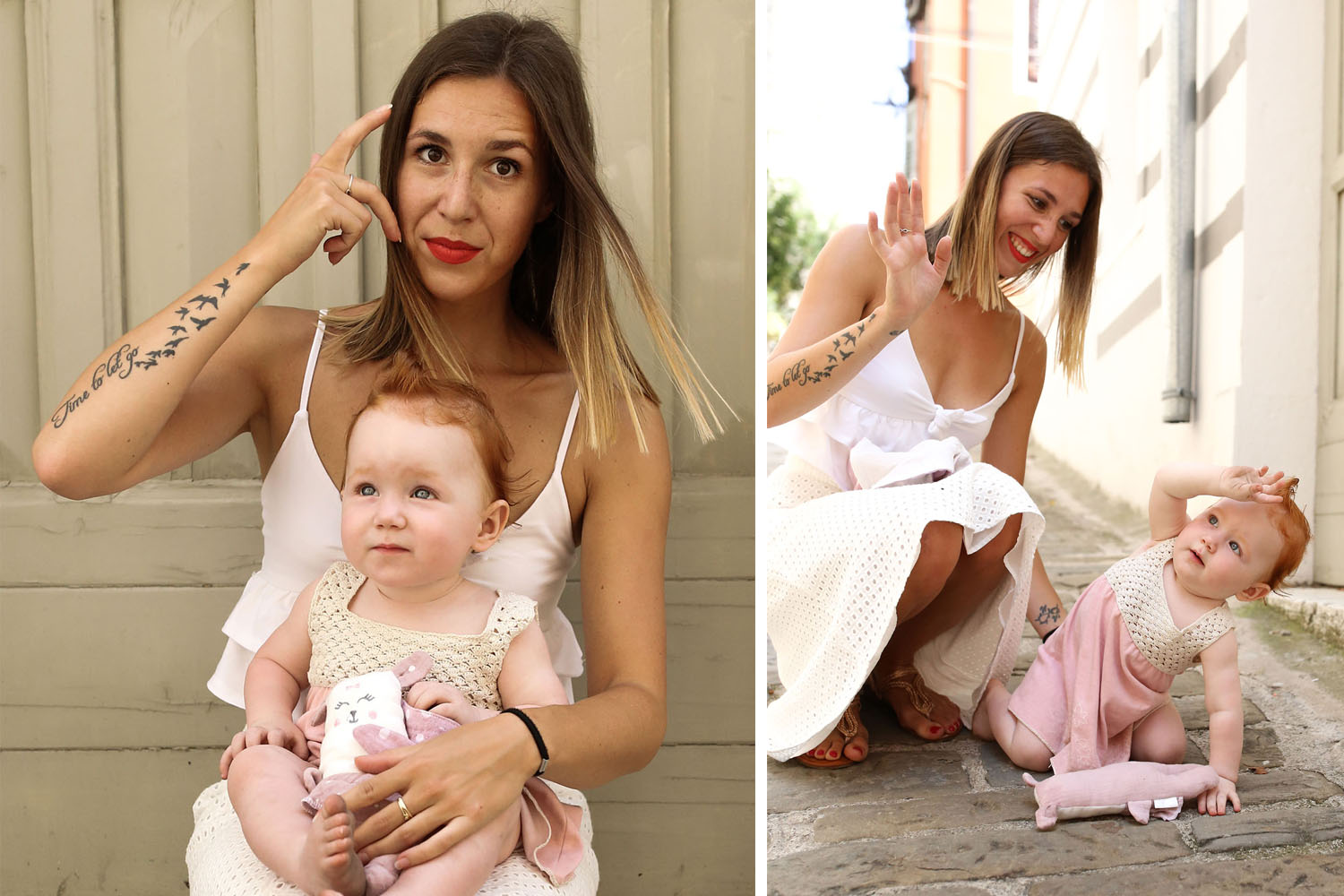 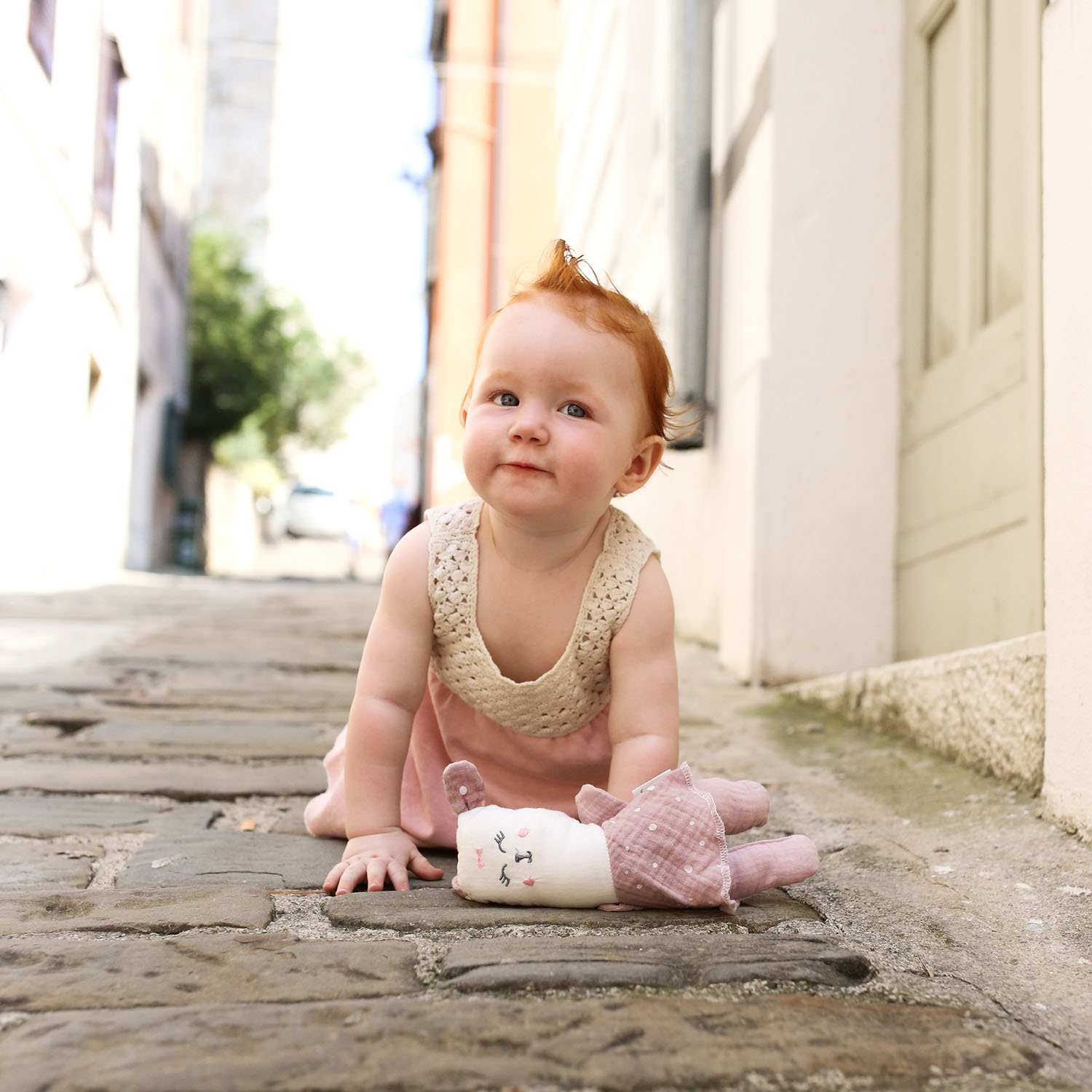 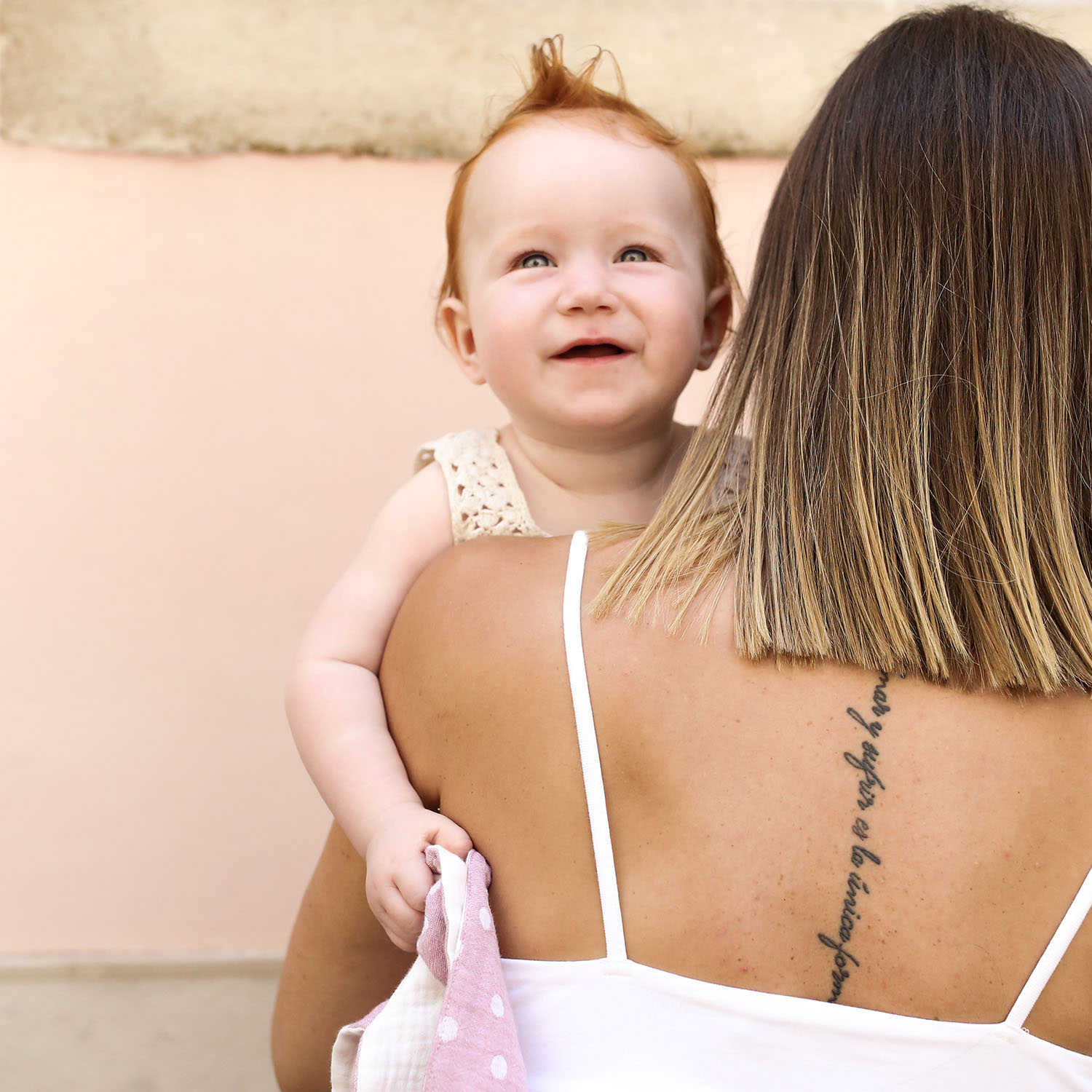 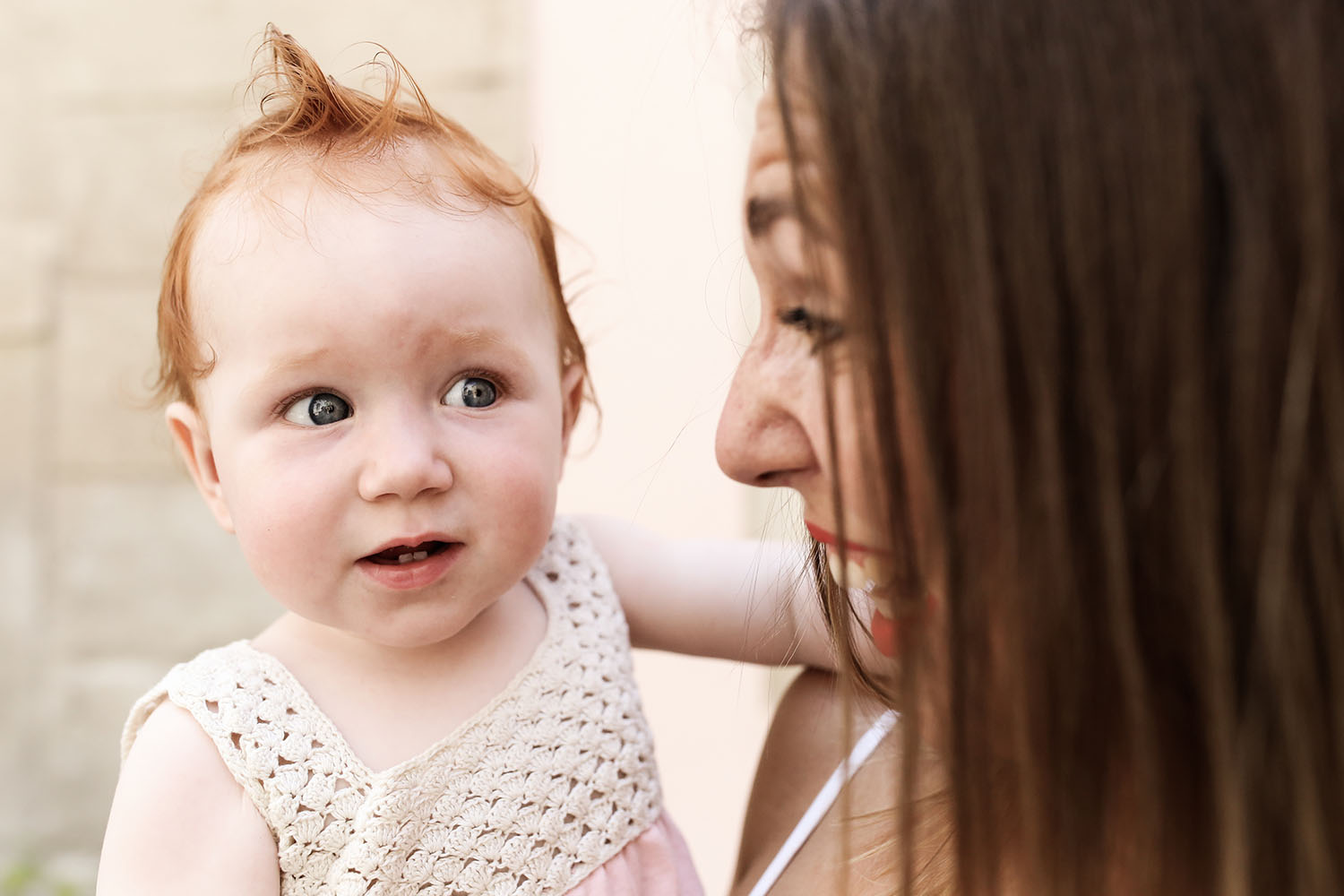 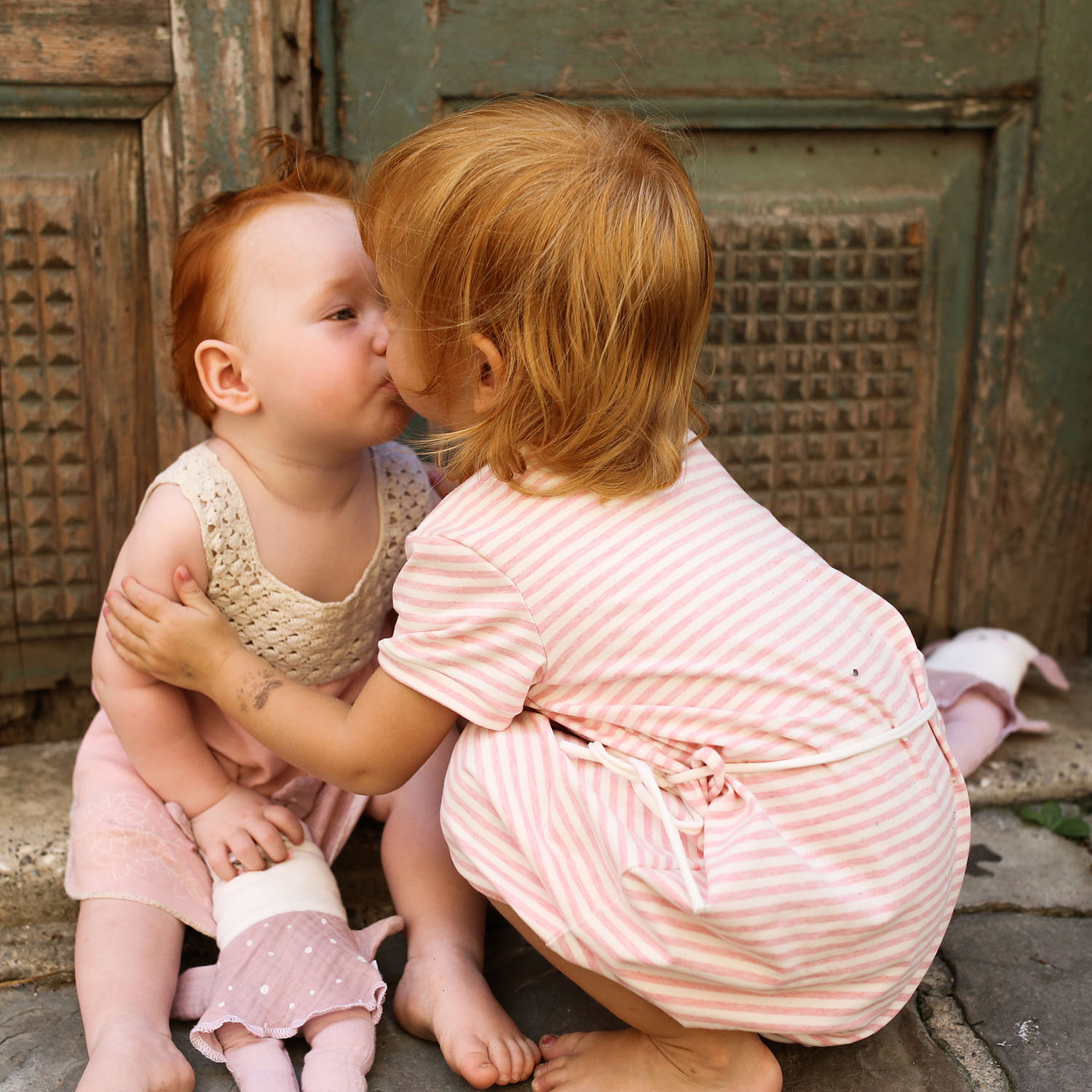