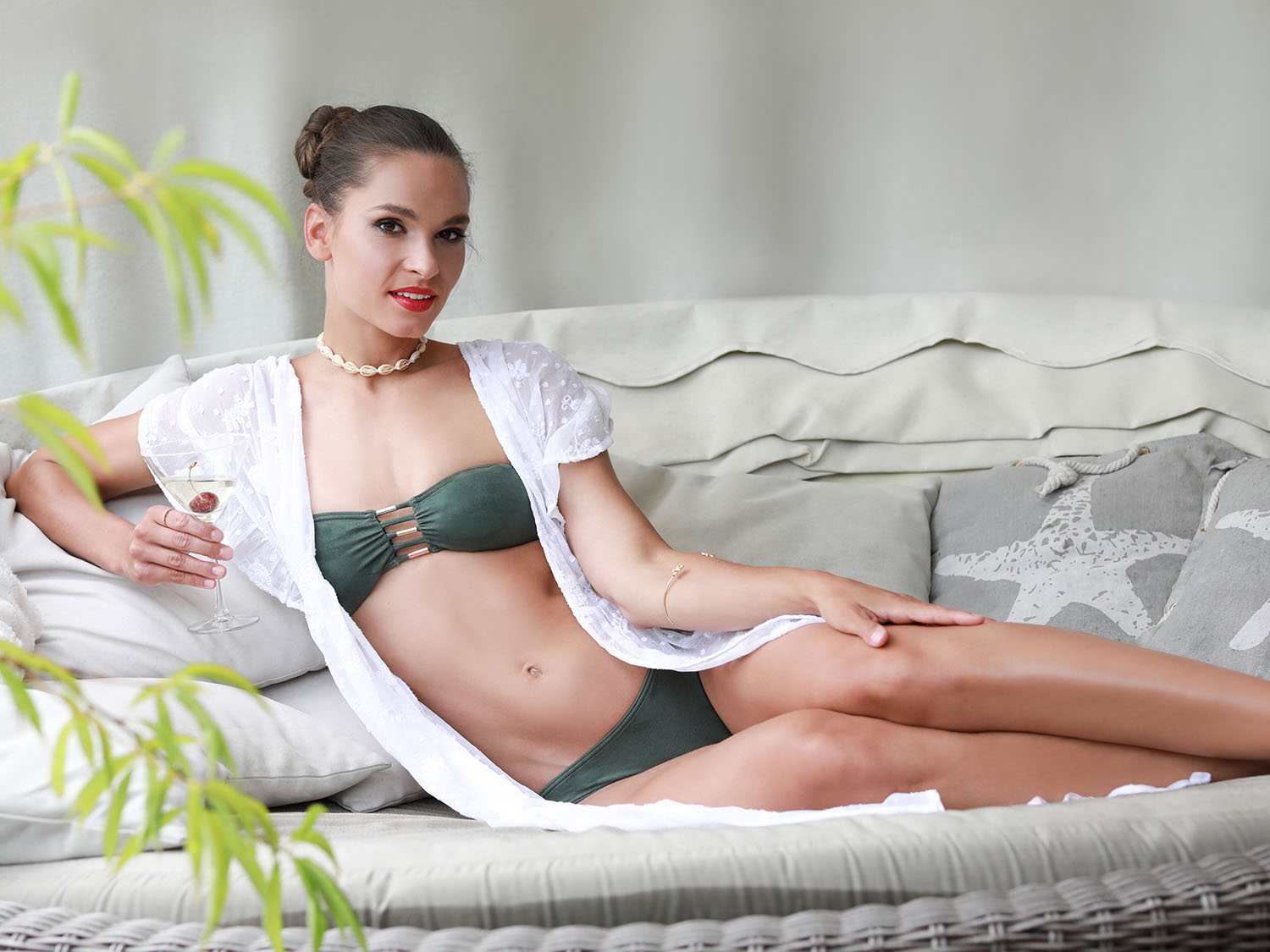 “I have work for you …” Ilona (assistant of L&Z magazine) calls me one afternoon.
“We are photoshooting Nives Orešnik and it will be for the cover too!”
“Wow” I was taken by surprise, while I was just painting ceramic pots. “That’s something.”
The Lepota & Zdravje magazine works under two licences, Shape and Health, and in the entire history, since it has been published in Slovenia, it has not yet been allowed to have a Slovenian cover.
We agreed that for this photo shoot we should make great efforts. And it would be best, if we took pure summer photos; swimming pool, swimsuit, a refreshing non-alcoholic cocktail… However, we realised something only later. At this time of year it is difficult to find a pool that isn’t aleady full in the morning. Ilona went into action and inquired in some of the swimming pools in Ljubljana.
But at the end she asked an acquaintance, who has a swimming pool at home. To our delight she agreed.

WITH NIVES IN A POOL

That Friday it was more cloudy, because it had been raining all day the day before. Among the clouds which were as if taken from the picture book, the sun appeared every now and then. It was quite fresh.
Nives Orešnik, a pretty dark-haired Styrian woman, a former miss, a model, and above all a sports coach, who now lives in Ljubljana, arrived in a white fičo car. She opened the trunk, to take out everything she had brought with her. And she had a lot of luggage 🙂 So much that her back seats were folded down. Bags of clothes and exercise equipment occupied the entire place. She said the car is her suitcase, and she doesn’t feel like carrying things to and from the apartment every day.

In front of the house we were welcomed by the owner of the family pool, who was full of energy as always. Hospitable as she is, she prepared a rich breakfast for Nives with cereals and forest fruits. Then Tina Fabjan applied make-up in which she is a real master. She is such a professional that she was doing make-up for the others as well. Another pull with a brush through her thick dark-brown hair and Nives was ready.
She had some romantic outfits with her. Exactly as Ilona and I imagined – the style of elegant Greek nymphs, with a high waist, falling like a veil and in gentle tones. One of them had a completely bare back. With this outfit we had to be careful, from which angle we were shooting, so that the muscles of her arms weren’t too emphasised. That could reduce her elegance and femininity in the photo, as Nives said.
We changed a few stylings and hairstyles, and then the swimsuit followed. That made this photo shooting different. Tina tied her hair into a tall bun and applied lotion all over her body. This is a secret photo formula, that is supposed to give the skin just the right complexion.

As she ran her hands over her tummy, she exclaimed spontaneously :”Uh, how hard it is!” We all laughed and asked with one voice how to get such a tummy… Nives smirked and blurted out: “Lifestyle, diet and enough sleep.” She says that training is her everyday life and that she doesn’t do anything special that she hasn’t already mentioned. And then each of us had her own idea…
Nives is a real model, although to my surprise she isn’t very tall. But she knows exactly how to turn her head and when to add a smile to shine in all her beauty. Although the day was anything but warm she bravely dipped herself into the pool and rose out of it like a movie star.
Luckily, I documented all these photos … 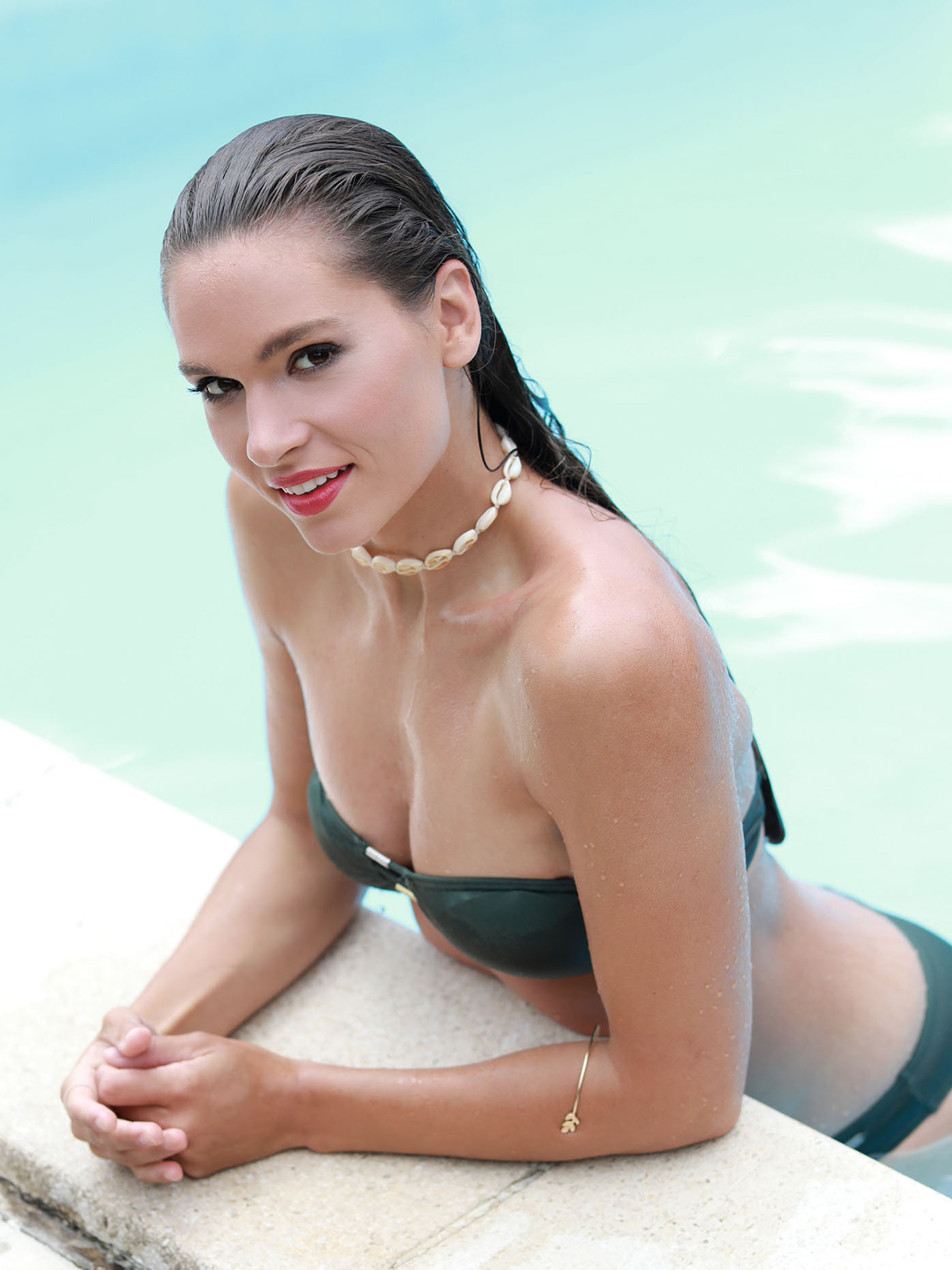 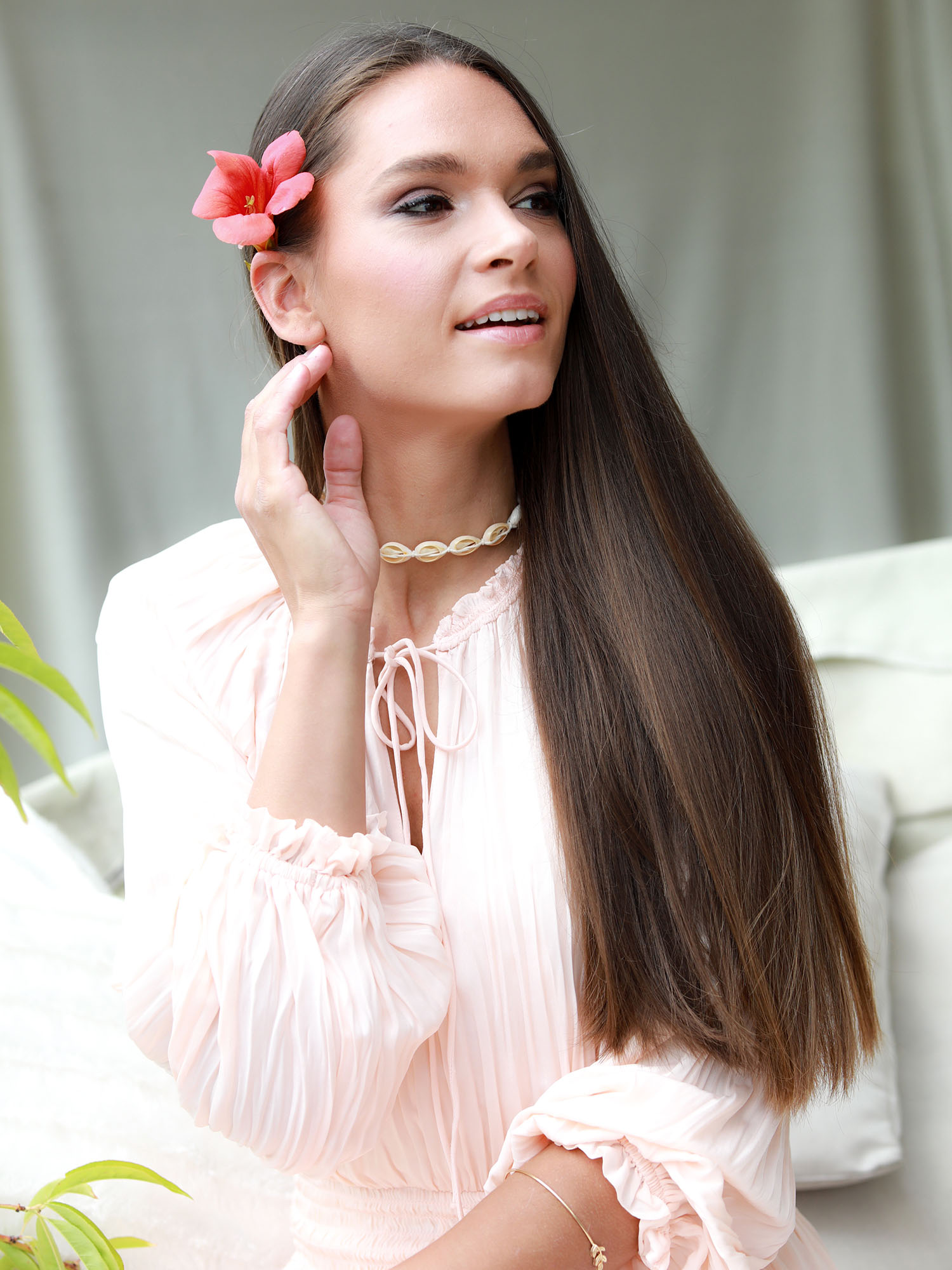 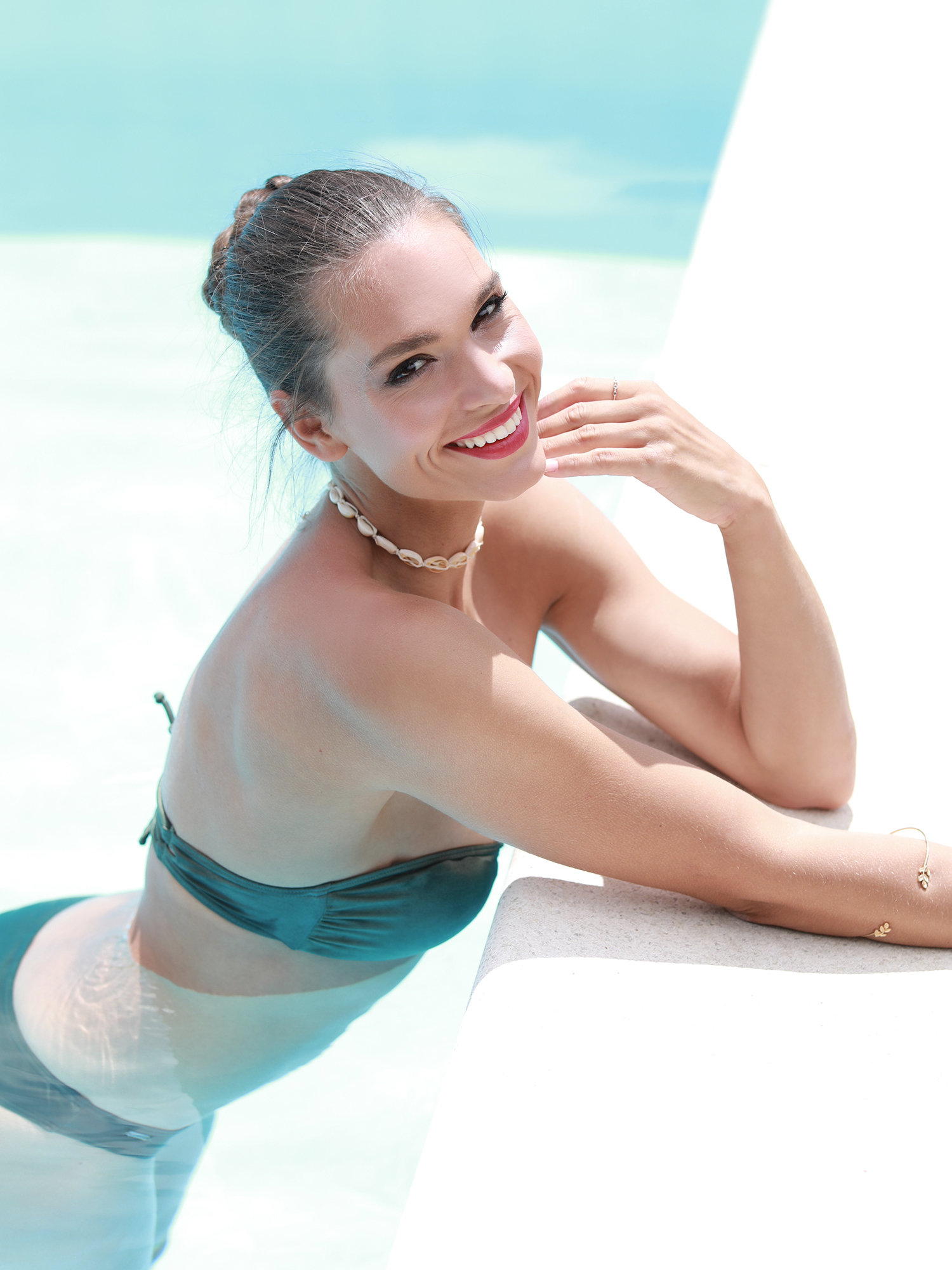 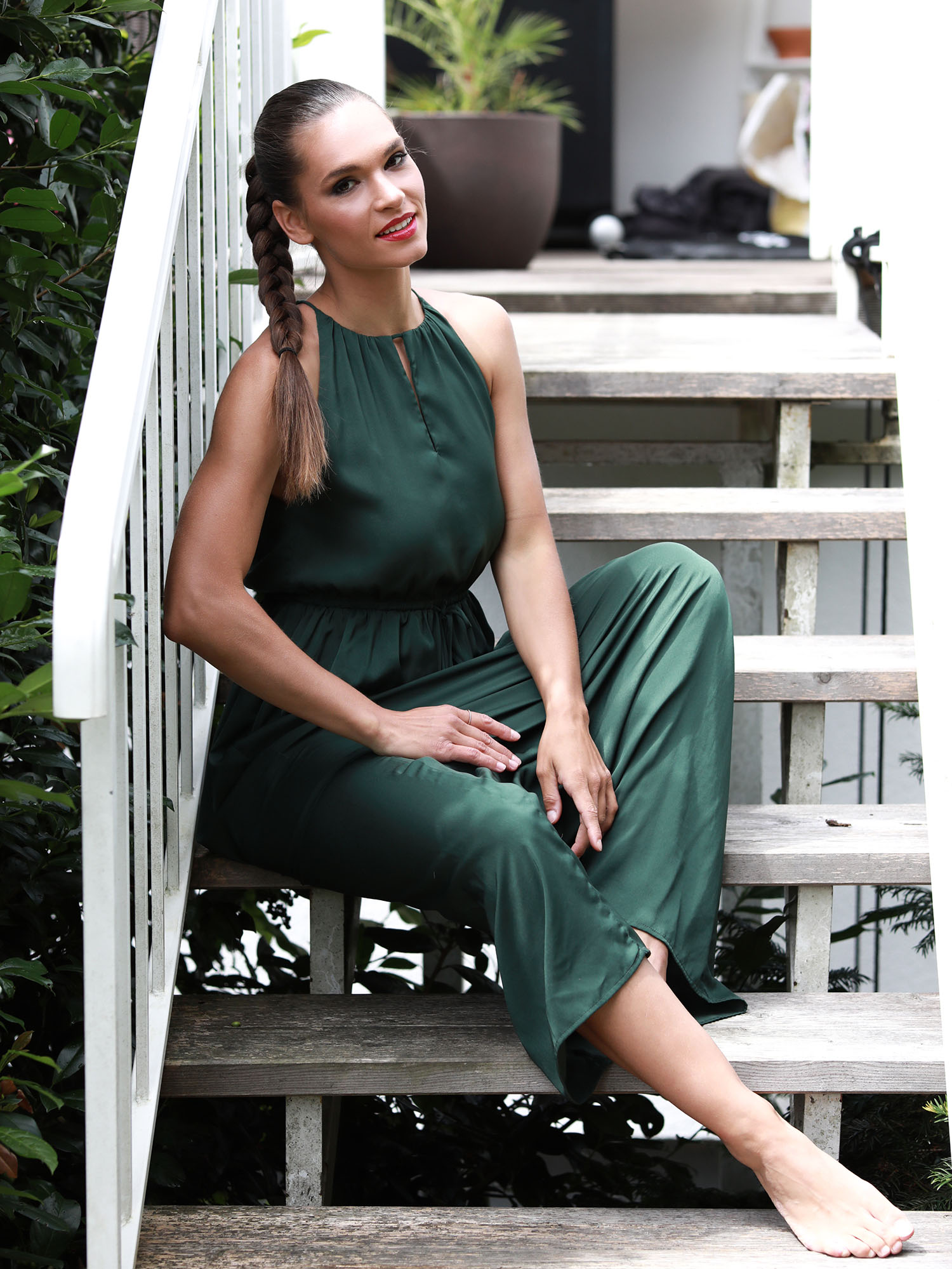 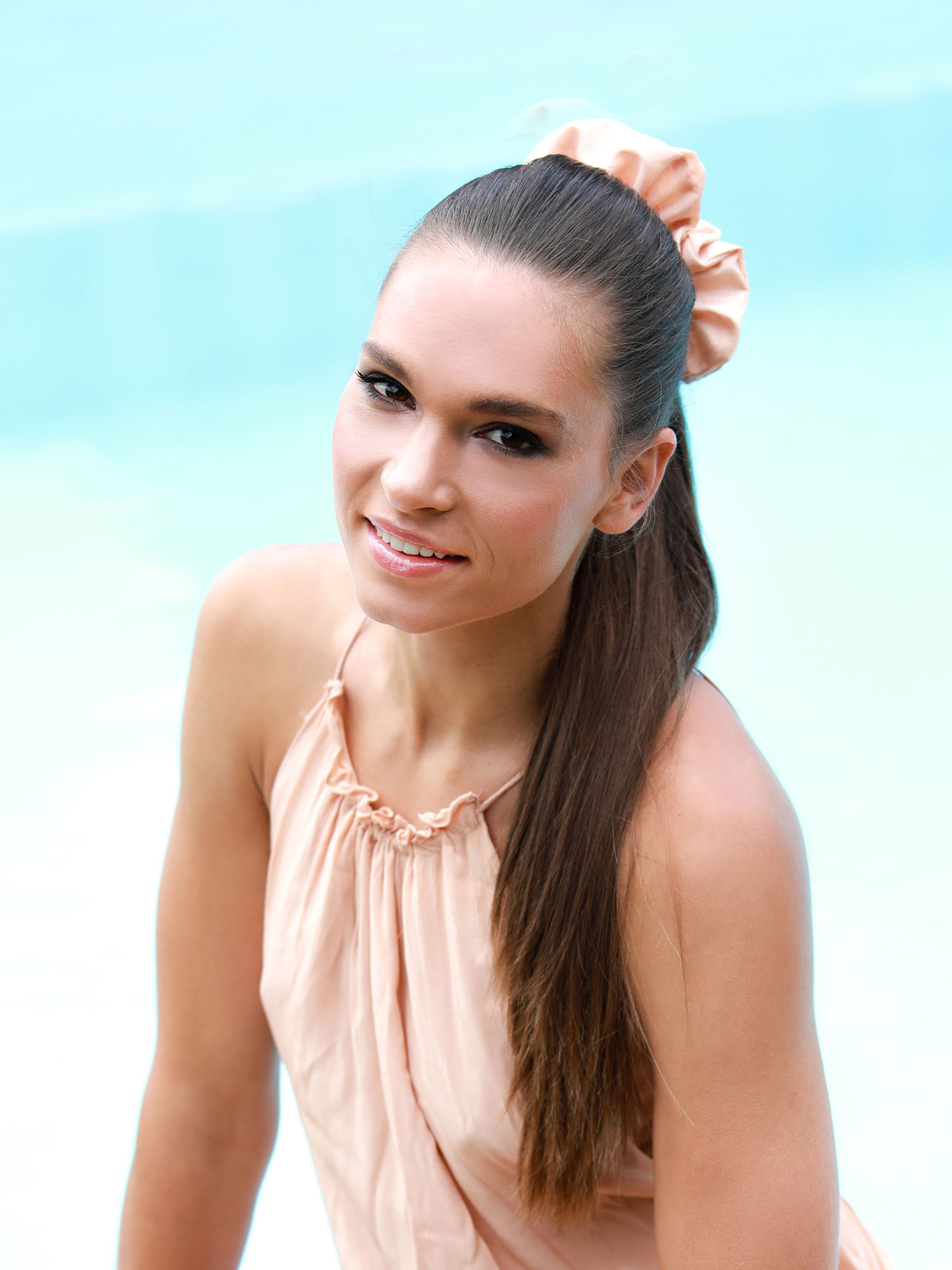 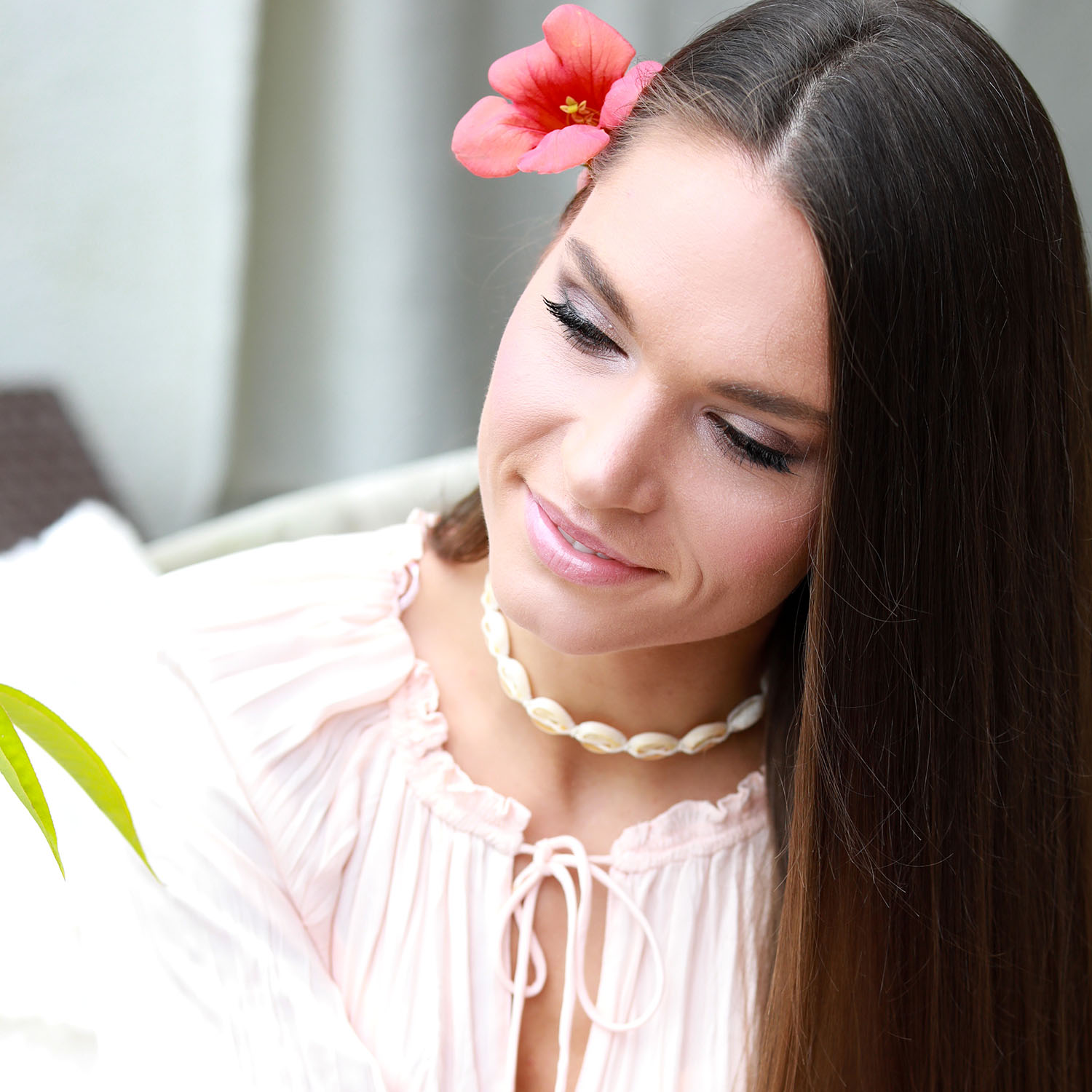 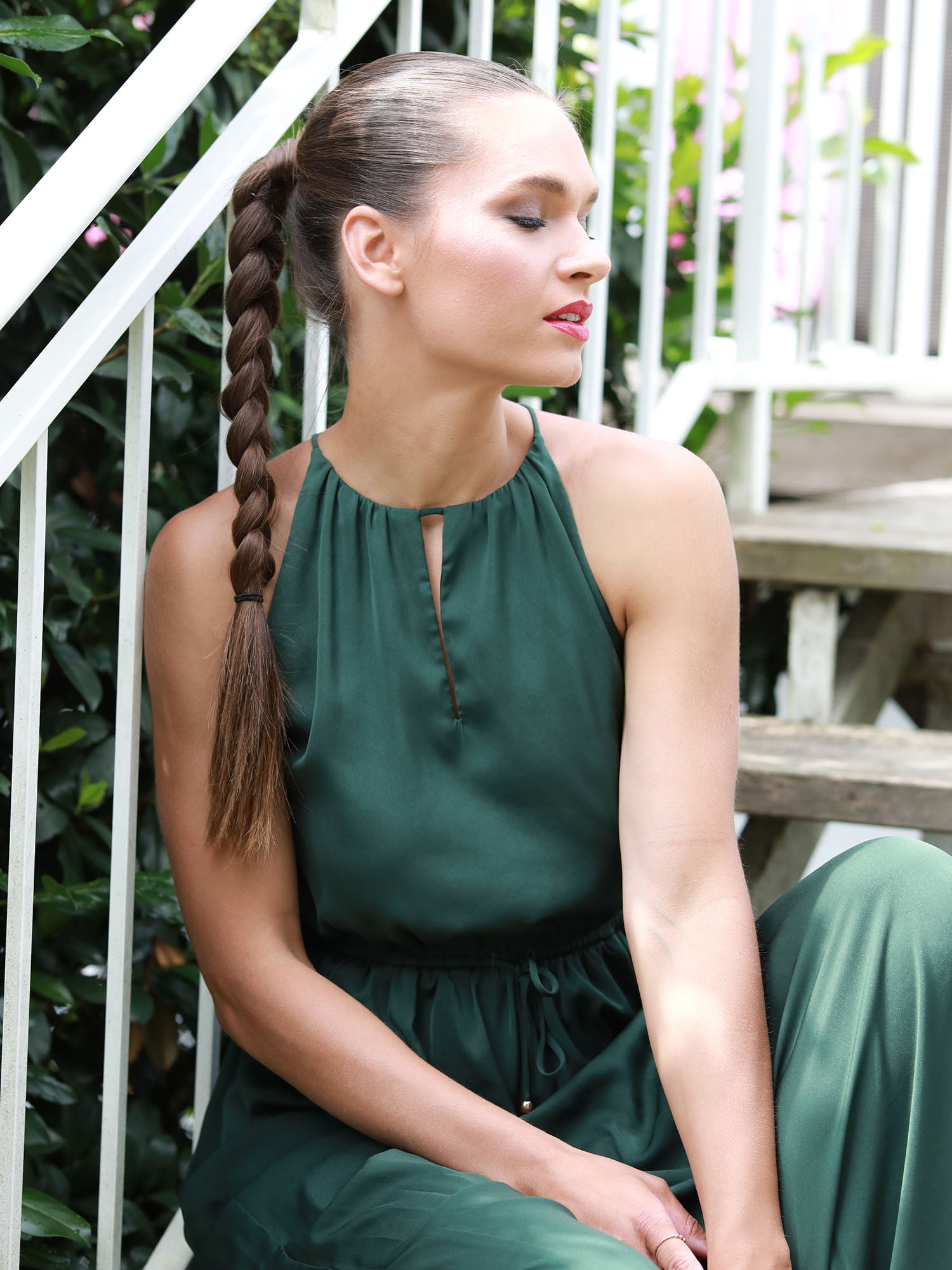 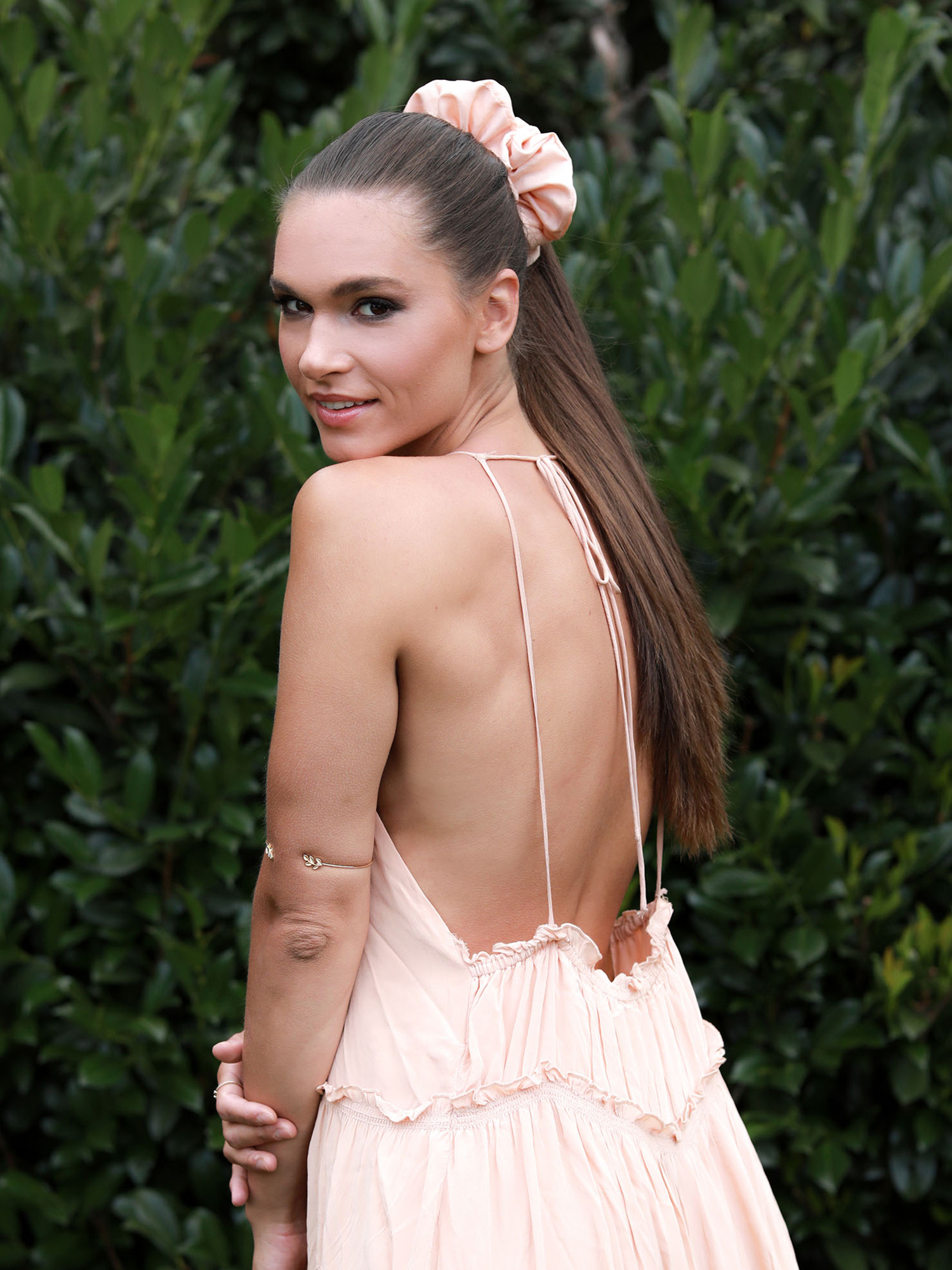 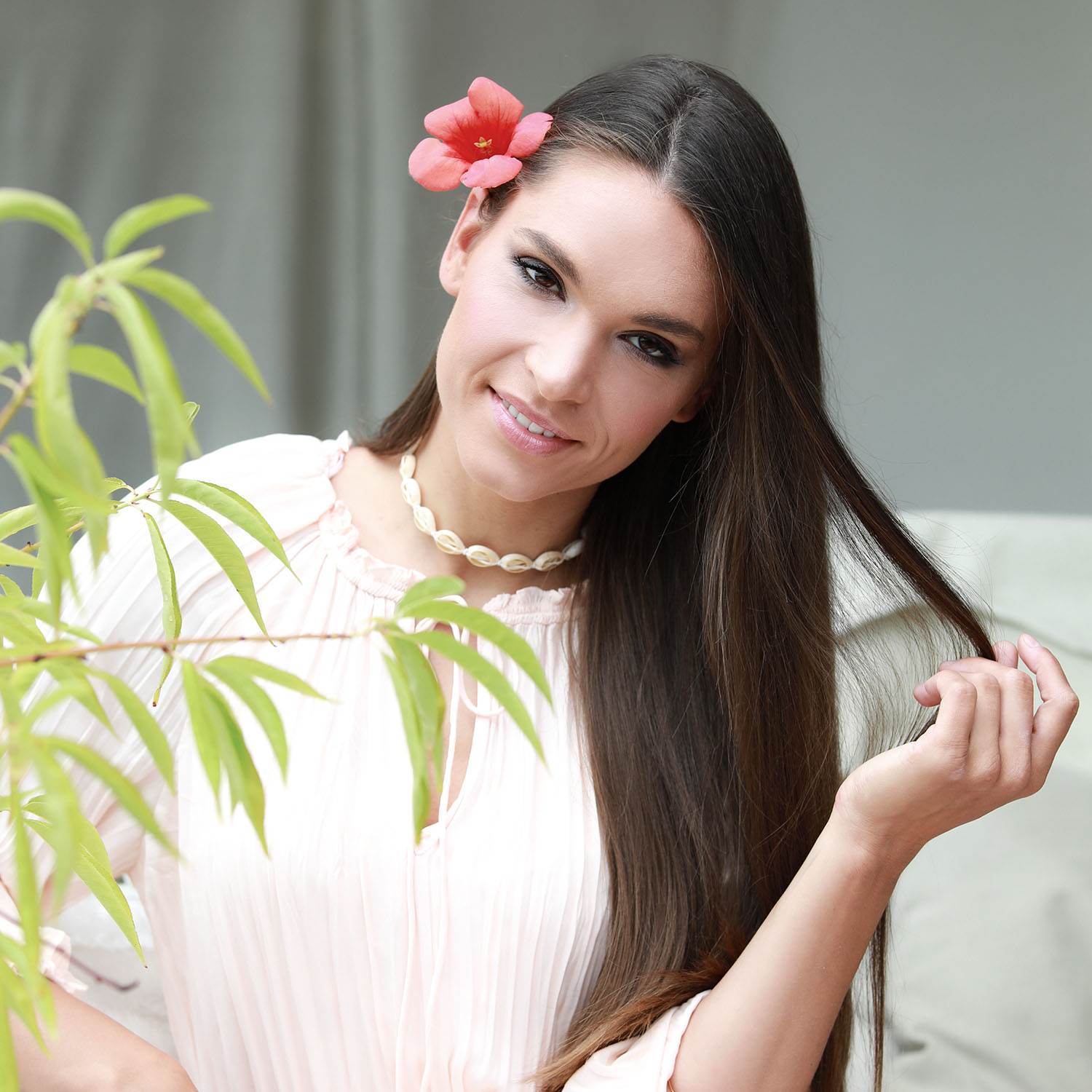 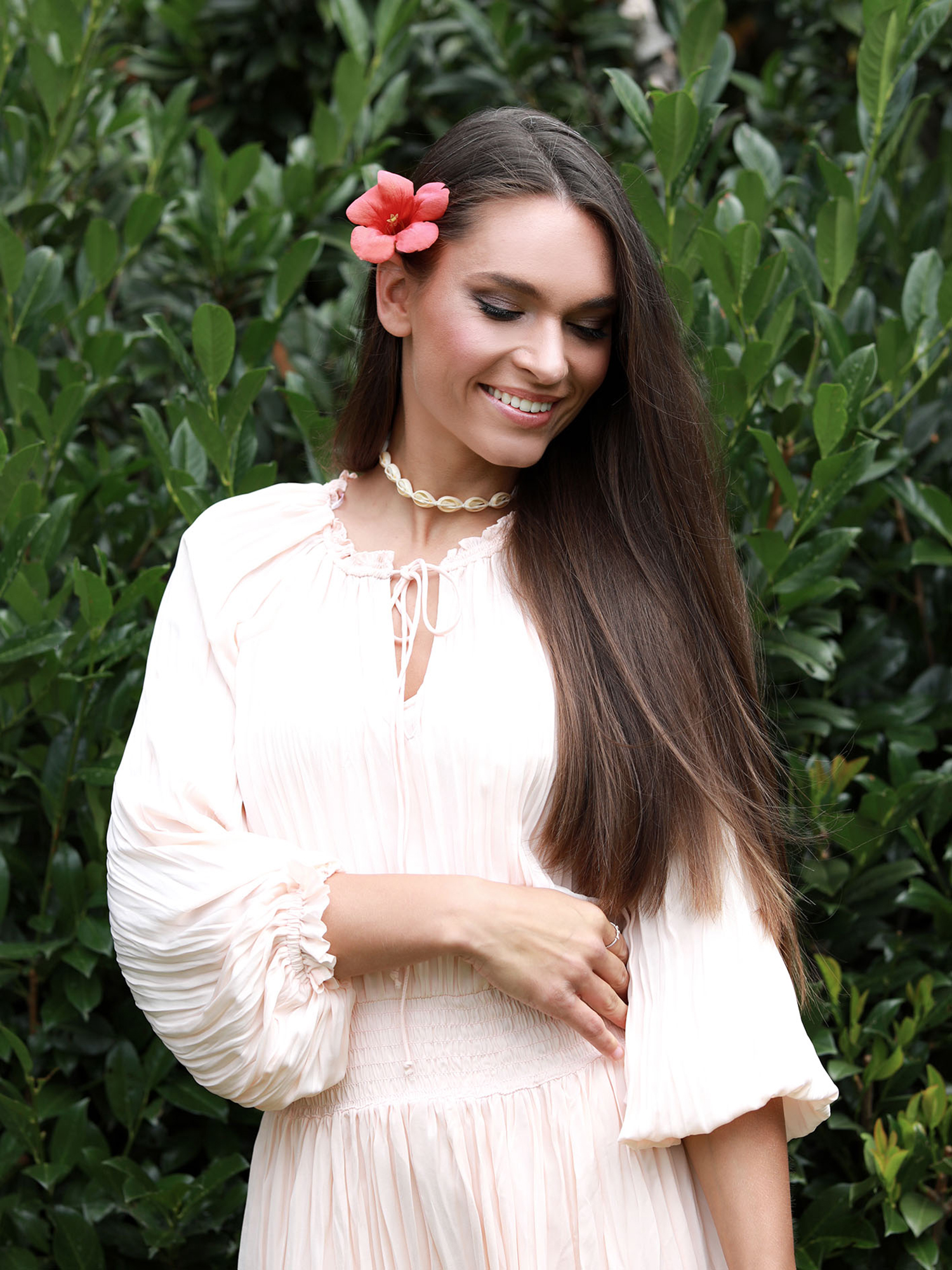 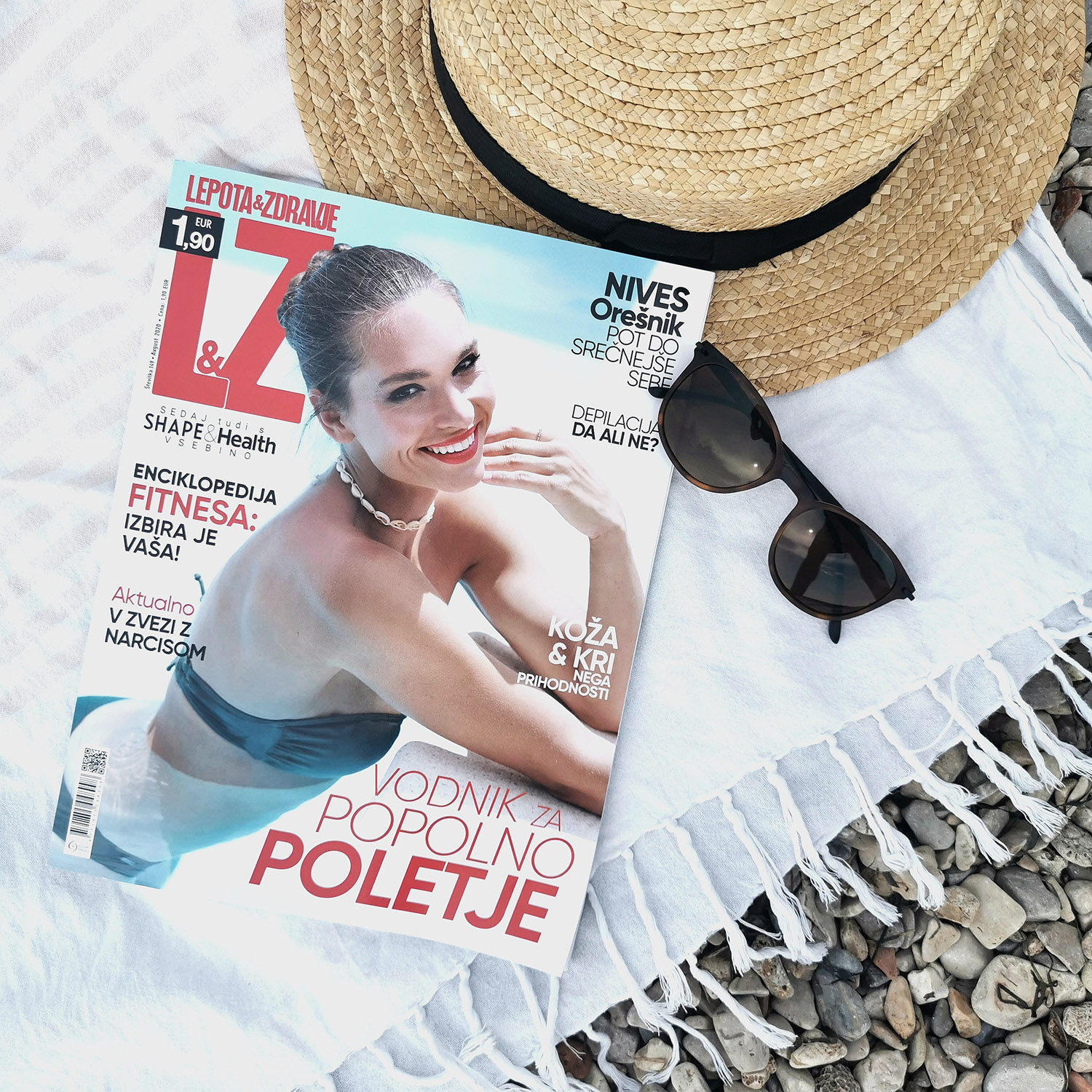